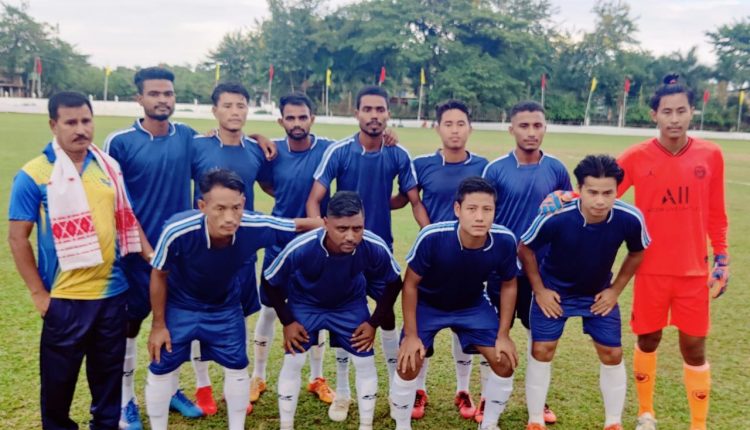 Total seven teams had qualified for the final round of the tournament. On Tuesday, Silchar played their first match in the knock-out stage, which ended in disappointment. Silchar team could not employ their full strength on the field, as Assam Football Federation informed Silchar about the schedules during the days of Durga Puja, at a time when Silchar players were in festive mode. Few of the Silchar players also had their interview right after the Puja. In such a scenario, DSA had to send a team of 13 players to the final stage, excluding five of their dependable players.

Bikash Das, the secretary of Silchar District Football Association, expressed his disappointment and said they were informed at the last moment and got no time to prepare and organize the Silchar team. “We repeatedly requested Assam Football Federation to inform us well ahead about the final round of the tournament, but we were informed at the eleventh hour. Then it was Puja time, and few of our players had prescheduled interviews, we couldn’t even form and organize our team with full potentiality, leave alone practice and preparation for the same,” said Bikas Das.

Five important players were missing in the Final in the Silchar team, which won the Zonal tournament. Striker Gaiham Rongmei couldn’t play this match due to a Card issue. But Coach Baharul Islam is not blaming anyone for the defeat and elimination after the first match in the final round. “We could not employ our best combination, but I’m happy with the performance of this team; we were in the game even after considering one goal in first-half.”

Assam Football Association was in time constrain to wrap up the inter-district tournament, after when Indian Football Federation rescheduled and preponed the Santosh Trophy. As the State representative of Santosh Trophy would be prepared after the Khirod Barua Trophy.