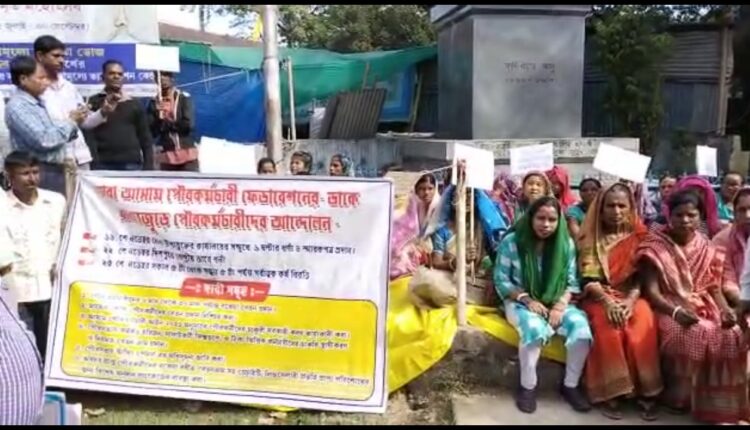 With a host of demands, the All Assam Municipal Workers Federation held a demonstration today morning. With the state-wide protest, the workers of Silchar Municipality also held the demonstration at Club Road by the Khudiram Bose Statue. At the end of the hour-long protest, the demonstrators submitted a memorandum to the Chief Minister and departmental minister through Deputy Commissioner Cachar’s Office.

The list of demands of this federation includes clearance of the pending dues of the employees of the municipalities which range from 6 to 37 months, disbursing the salary at the end of the month, and provincialising the jobs of various employees working on fixed pay among others. The association further said they will hold another united demonstration on November 22 at Janata Bhawan in Dispur and on November 25 the employees will sit on work strike throughout the state. 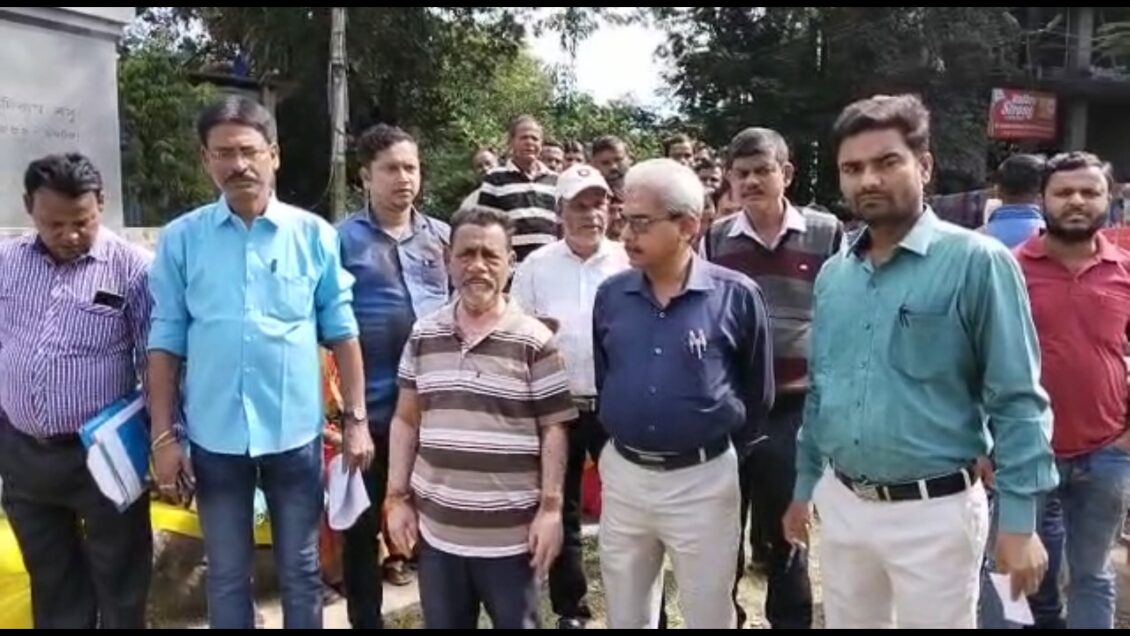 During the protest, one demonstrator addressing the media said, “We have suffered a lot due to the government’s excuses they make every time. Last year on May 31 a notification passed with the Governor’s sign said to provincialise the jobs of the Municipal workers over a year has passed but this notification was never implemented. Municipal workers at different boards and committees throughout the state have been working during COVID and floods in severe conditions without any salary. In some municipalities, the workers are without salary for almost 37 months, in Badarpur, the workers are without any pay for 51 months now. How are we supposed to work without a salary?”