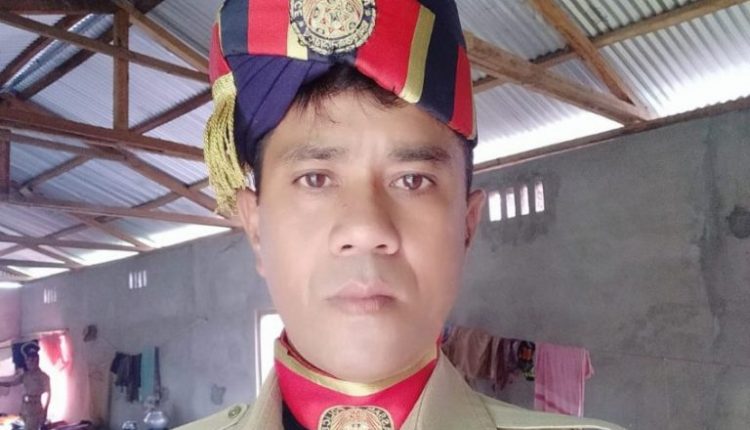 A policeman has been arrested for allegedly raping a woman for five years by blackmailing her under the threat of legal case. Shyamal Sinha (34), a Havildar in the 6th Assam Police Battalion, is a resident of Silchar, Vivekananda Road, Lane no. 23, By-lane No. 4. He was arrested by Silchar Rongpur Patrol Post police on Tuesday.

The complainant is a resident of Mahur in Dima Hasao district. She is currently staying in a rented house at Silchar Itkhola Ghat. On December 4, she filed a complaint against Shyamal Sinha at Silchar Sadar Police Station. According to the official complaint, in 2015, when she was studying in 10th standard at a school in Mahur, Shyamal, who was then there at work, started an intimate relationship with her. Then one day he lured her to a hotel in Haflong and had succeeded in having physical intercourse with her. After a while, Shyamal started threatening her, saying that if she doesn’t meet his physical demands, he’ll involve her parents in legal case too. By blackmailing her this way, the accused policeman forced her to accompany him to Silchar in 2016.

After bringing her to Silchar, Shyamal first kept her in a rented house in Angarjur area of Rongpur. Sometimes he would go to that house and satisfy his physical desires on her. Whenever objected, he would silence her by threatening to implicate her parents in a legal case. After keeping her in the rented house of Angarjur for some time, she was taken to another rented house in Karatigram area of Rongpur. After staying at Karatigram for some time, he again changed her address and took her to the rented house of Itkhola Ghat in 2016.

All this while, the accused kept on physically abusing her. In the meantime, Shyamal got married to another woman and started a family. But the abuse kept on going even after his marriage. A few days ago, he once again brought her to a hotel in Haflong and took obscene pictures of her while physically abusing her. He then threatened her to release the pictures on social media if she did not continue this illicit abusive relationship with her.

Based on the girl’s statement, the police registered a case and conducted an investigation. Shyamal was then arrested on Tuesday. He was produced in court on Wednesday after his arrest, after which the court sent him to custody.

Meanwhile, sources close to Shyamal have claimed that there was indeed a relationship between the two, and everything was consensual. No intimidation or force was used at all.  However, police said that Shyamal was arrested only after receiving initial evidence in support of the allegations.