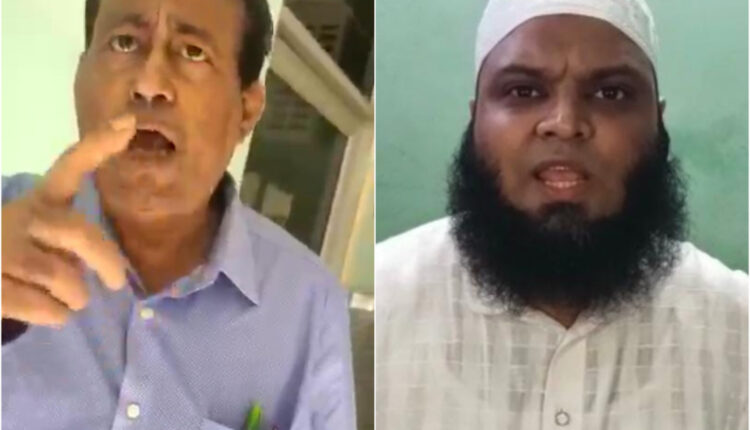 A child-specialist doctor inside the pediatric ward of Silchar Medical College and Hospital allegedly slurred Islamophobic remarks against the parents of a patient there. An Associate Professor of the Department of Pediatrics of the hospital, Dr Sujit Nath Choudhury, allegedly used remarks like “tupiwala” and “burkhawali” against the parents of a child admitted with pneumonia.

According to the complaint filed by the father of the child Ahmed Mustafa Kamal Laskar, his daughter was admitted to the hospital on the morning of November 25. The child was suffering from pneumonia and related ailments and was kept in the pediatric ICU of the hospital.

In an exclusive chat with Barak Bulletin, Mustafa said, “Early in the morning my daughter’s health deteriorated all of a sudden and I took her to see a child specialist. He referred me to take her to medical and I rushed to the emergency. From there she was admitted to the ICU in the pediatric ward. I was waiting outside along with my wife and a nurse came and asked me to come inside the ICU ward. The nurse said, they couldn’t find the vein of my daughter and was feeling uneasy, the nurse had asked me to be there and accordingly, I went inside. Meanwhile, sir (Dr Sujit Nath Choudhury) entered the ward and said “Why are mulla, dariwala and burkwali here, throw them out. Why are they dressed like this?” Hearing this, I went outside and didn’t utter a single word in protest as we were inside the ICU”.

Later when the doctor was coming out of the ward, the father went to approach him. About this Ahmed said, “When he was leaving the ward, I went to ask why he used such remarks and insulted me and my religious sentiments? He said burkha, dari (beard) and tupi (skullcap) are not allowed here. I saw people gathering there in numbers and realised this must disturb other patients and I didn’t want to create a scene. So I left and went to the Principal’s office to lodge a complaint officially. After that, when I returned to the ward, I saw the condition of my child has even deteriorated”.

The father has also alleged that the doctors at SMCH treated his child with negligence. Speaking with Barak Bulletin correspondent, he further said, “The doctors there didn’t put the saline properly. The drip saline was over within 5 minutes. My daughter is just 12 months and after this, her full body started swallowing and her condition deteriorated as she was shivering unusually. I had to get her out of this mess and took her to Jeevanjyoti (JJIMS). There were no child specialists, and they referred us to Nightingale Nursing Home. After two days of treatment there today (November 27) her condition is a bit stable”.

“After I have lodged the complaint with the Principal”, the father said, “many told me that the doctor is mentally unstable and he often indulges in such behaviour. Today it was me but tomorrow it can be many others. If it was just about me, I could tolerate it, but how dare he insult my wife, my family members along with my religion? How can this happen inside such a prestigious institution of Assam?”