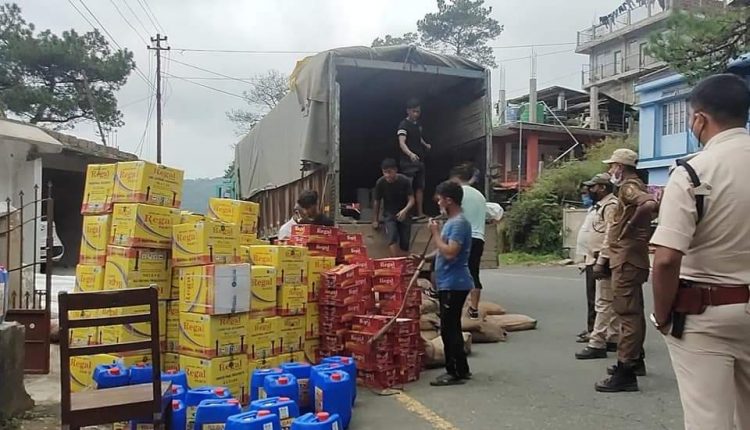 After a week-long relentless investigation into the case of a missing truckload of hardware goods, Cachar Police in a joint operation with West Jaintia Hills Police successfully recovered the stolen goods, worth several lakhs, from Jowai in the wee hours of Friday. Four people have also been arrested so far by the Assam Police and Meghalaya Police in this joint operation.

Additional SP of Cachar Police, Jagadish Das said, “A goods carrying truck coming from Guwahati a few days back went missing later. Actually, initially, we got a report that the truck had faced an accident near Ratabari. But when we reached there at the spot, no crashed truck or any sign of accident was visible there. That was highly suspicious so we started investigating and then found out that the driver himself eloped with the truck full of valuable goods under the pretext of the accident. We arrested 4 people in this connection along with the truck driver.”

Additional SP Jagadish Das also mentioned that the goods being carried in the truck were hardware materials, worth of which could exceed Rs. 20-25 lakhs at least.