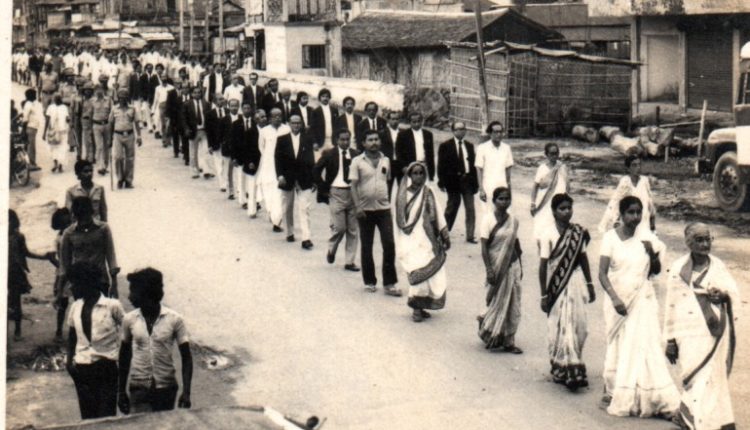 Story of Matangini Bhattacharjee, Silchar Sangeet Vidyalay and the connection with the Sharaswat Samaj

Revolutionary movements have always drawn motivation from songs, music, and poetry. Be it the Dalit uprising, the Adivasi liberation movement, or even the Chargola Exodus of Barak Valley, all these movements had songs and music to raise the spirits of the people involved in them. These songs stood the test of time and today we sing them as memoirs and praises for the people involved. Our freedom struggle was fought not only by opposing British oppression, but cultural awakening had a huge role in it. Just like the Brahmo Samaj, Arya Samaj alike, our region also had one such outfit, the Sharaswat Samaj which led to the foundation of Silchar Sangeet Vidyalaya.

When the cadres of Sharaswat Samaj were leading the extremist revolutionary fight against the British, one unsung hero had taken the responsibility for cultural awakening. Despite being from a conservative family, Matangini Bhattacharjee took the responsibility to impart her knowledge and became the quintessential cultural reformer.

Matangini Bhattacharjee belonged to an upper-class Brahmin family of Silchar. Her father, Kalijay Nyaypanchanan Bhattacharjee, was a very renowned Ayurved expert and doctor of this town. But this didn’t become her only identity. She is known for her voice and proficiency in music. She would sing all types of songs, from folk songs, kirtans to devotional songs and later Rabindra Sangeet influenced her the most. At a time when women going out of their homes was frowned upon, she broke the stereotypes and went on to teach music to women. Later, she became the first female music teacher of the Swadeshi School (now DNNK Girls High School) and also the first lady to hold such a position at an institution in the entire North East. At home as well, she would teach girls Rabindra Sangeet and other songs of that time. During those times, parents didn’t entertain girls learning music or dance, and hence she initially started with just a few students. Throughout the course of her life, she never charged any fees for imparting music education.

During the Second World War, Silchar became one of the centers of attraction and Japanese flights were constantly hovering in the sky above. Sirens were blown as a sign of a potential bomb threat. Life was getting very difficult, so Matangini Bhattacharjee went to Karimganj along with her family, for safety. In Karimganj as well, she along with her brother, Shyamapada Bhattacharjee continued the practice and started teaching students. After the war, they returned to Silchar. By then, bombs were dropped at Derby and there was already a sense of fear and trauma among the general people. Prices of daily essentials were soaring and it was just gloomy everywhere. The war had also hampered cultural practices. Though the World War was over, India’s struggle for independence was not, in fact, it was at its peak. There were cultural meetings everywhere and in one such incident in Badarpur, Matangini Bhattacharjee saw a group singing Rabindra Sangeet incorrectly. This hurt her a lot and she said to herself, “war has made us forget Rabindranath’s songs”.

After she returned to Silchar, she thought of doing something about it. Later she went to Nagendra Chandra Shyam, another contemporary cultural activist for advice. With his suggestions, she started to teach music to the young girls and boys of Silchar. She didn’t charge any fees but had one condition, if the group performs at any stage, they will perform under the name of Silchar Sangeet Vidyalay. This was a time when men were all involved in the struggle for independence and it was her sole efforts on the ground that led to the foundation of this institute later in 1940.

She had a background in politics. Her elder brother, Kaliprasanna Bhattacharya, was a freedom fighter. He belonged to the rebel group Sharaswat Samaj, founded in 1932. Their home was the centre for many meetings and ‘sabhas’ of Sharaswat. Even though she never had the chance to participate in any of their activities directly, it did impact her thinking to a great extent. All the cadres of Sharaswat were pioneers of music. Later when Sharaswat was raided and banned by the British Government, their cadres were sent to jail. After returning from jail, they started the Silchar Sangeet Vidyalay, with Kamakhyapada Bhattacharjee as its founder, in 1940. Initially, the school started with Anondomoyee Bhattacharjee and Mukundadas Bhattacharya as students, who were inclined towards dance. Many Shantiniketan returnees also joined this school to impart their knowledge of dance among the aspirants in Silchar. They were mostly students who directly practiced under the leadership of Rabindranath Tagore. 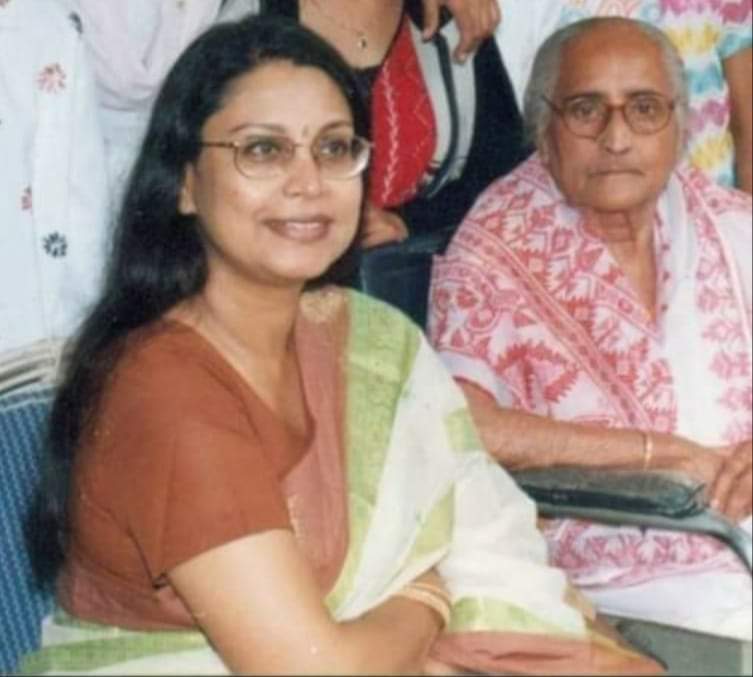 In their initial days, no girls would come to learn music at this school as music and dance were not appreciated much by their parents. But when they saw a woman from an upper-class Brahmin family, Matangini Bhattacharjee was also involved in this, they started to think differently. Also, no money was required for this. Gradually girls and women started joining the iconic school. After a few years of its journey, it became a huge attraction that they couldn’t accommodate so many students under one roof.

The students here learned all kinds of songs, starting from Rabindra Sangeet to revolutionary songs of the Swadeshi Movement, Gandhi Ji’s breaking of the salt law, and abolishing of foreign goods and glass bangles. They had an active role in singing these songs across the town at different demonstrations and events related to the freedom struggle.

After independence, when the British left Silchar and India as a whole, many of their buildings were handed over to Satindra Mohan Dev, the then Congress leader and grandfather of Sushmita Dev. One such building was the Masonic Lodge beside present-day Brahman Bariar Mishtanna Bhandar. This lodge was awarded to Matangini Bhattacharjee to continue the Silchar Sangeet Vidyalay there. To this day this historical Institute stands tall. Today it is 80 years old and continues this tradition of imparting music and dance lessons, along with other cultural activities.

Even after independence, Bhattacharjee participated in various rallies and demonstrations, leading from the front. She was a very popular Rabindra Sangeet artist and till her last breath, she was imparting everything she had learned and experiences she had gained throughout her life. She left for her heavenly abode in the year 2008 at the age of 88. She has left behind a very strong legacy and today she stands as an icon of great resolution and determination towards culture, social upliftment, and women empowerment.

This story is based on information and opinion shared by Monjori Bhattacharjee.