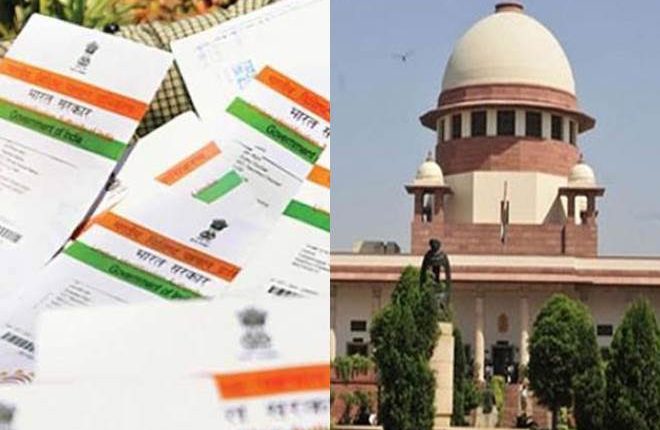 Supreme Court Aadhaar verdict: Everything you need to know

Today, five senior judges of the Supreme Court announced the decision on Aadhaar violating the constitution. The court said that the Aadhaar scheme empowers people on the margins of society and gives them dignity, which far outweighs the harm. While it pronounced the national identity card “constitutionally valid” but added few conditions.

It stated that Private companies cannot insist on Aadhaar data and banks and phone companies cannot insist on Aadhaar-linking. However Aadhaar has to be linked to citizens’ PAN (Permanent Account Number) information for the filing of tax returns.In a 4:1 verdict, the court also said Aadhaar is not compulsory for school admissions. The judges said that no child shall be denied benefits for the want of Aadhaar. The court in its verdict also said that very, very minimal data is collected for Aadhaar, and that other documents needed for Aadhaar are also proof of identity.

The 12-digit Unique Identification Number was declared compulsory for services including bank accounts, PAN cards, cellphone services, passport and even driving licenses. More than one billion Indians have already signed up for Aadhaar. While it was made the priority proof of identity, birth and residence, recently there have been concerns about privacy, data security and recourse for citizens in the face of data leaks.

The Supreme Court heard some 27 petitions in 38 days that had challenged the constitutional validity of Aadhaar and called it a violation of the right to privacy of citizens. The petitioners have suggested that Aadhar cannot be made mandatory. They also put across pointers that huge database can easily be compromised. And the law that “impacts human life can’t remain a law”.

The Centre on its behalf has defended Aadhaar on several grounds. According to the centre, it ensures proper distribution of benefits to millions. The government and Aadhaar authorities also assured that the data is safe and cannot be breached. Prime Minister Narendra Modi had also defended Aadhaar, saying it represented the march of technology. According to him, the ones opposing it “have lagged behind in technology- either they cannot understand or are purposely spreading lies”.