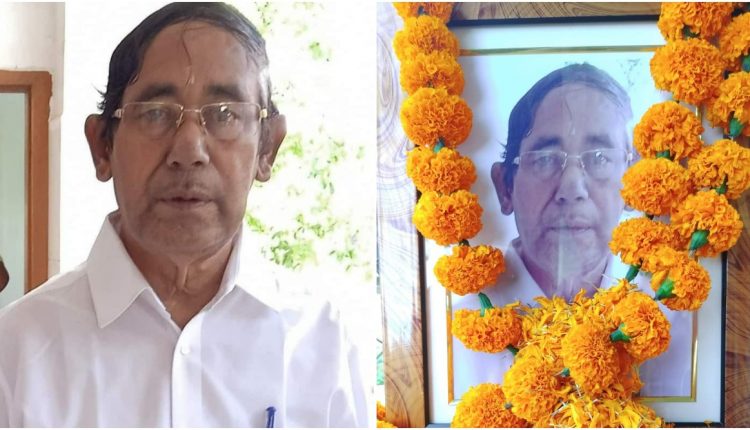 There won’t be another one: A tribute to Prof. Jyoti Lal Chowdhury, a doyen of English journalism

The passing away of Prof. Jyoti Lal Chowdhury has left behind a huge void in Barak Valley journalism. He was an institution unto himself, a rare combination of academic excellence and high journalistic standards.

Born to Abhinash Chandra Chowdhury and Fulla Nalini Chowdhury in 1945 at Jury of Sylhet district of Bangladesh (erstwhile East Pakistan) Prof. Chowdhury did his schooling in different parts of Uttar Pradesh. He then graduated with Honours in English and went on to complete his post graduation in English from Banaras Hindu University.

Later, he joined as a lecturer in English in Cachar College, Silchar and served the institute with distinction for a long period of 41 years. Throughout his career Prof. Chowdhury showed exemplary dedication and passion for journalistic endeavours.

“If teaching was my profession, journalism has had a nice experience. Since the seventies, I contributed letters and articles in The Statesman, Amarita Bazar Patrika, Indian Express, Surya India, North East Sun, The Telegraph, Assam Tribune etc,” Prof. Chowdhury wrote in a brief introduction about himself in his book, ‘Glimpses of The British Raj in Barak Valley’.

He worked as a correspondent of The Eastern Clarion and Asian Age besides being associated with Mizoram Post. He was also the editor of Mercury, an English weekly. He also contributed regularly for the Shillong based publication, Eastern Panorama as well as the political weekly, Organiser.

Prof. Chowdhury was recently awarded a literary pension by the Assam government. He was bestowed with the best journalist award by 150 years of journalism in Assam celebration committee. He was felicitated by the Hindi Bhasha Prachar Samiti, Barak Valley for playing an instrumental role in establishing the Hindi department in Cachar College. Prof. Chowdhury was felicitated by many socio-cultural organisations during his lifetime for his contributions towards society both as  journalist and social worker.

Prof. Chowdhury was the founder member and second principal of Silchar Collegiate School, founder secretary of Saraswati Vidya Niketan and founder president of Cachar Cancer Hospital and Research Centre. He was the president of the governing body of GC College.

Prof. Chowdhury was a doyen of English journalism whose contributions resonated beyond Barak Valley.  He was a mentor to many young journalists who have carved a niche for themselves in the profession.

Besides being the author of ‘Glimpses of the British Raj in Barak Valley’, a seminal work about the colonial past of the valley, he also authored the highly acclaimed books viz ‘Rumblings from Northeast’ and ‘Mahapran Mohitosh’ among others.

He always stood for the right of journalists to report the truth. Prof. Jyoti Lal Chowdhury will continue to be a source of inspiration for journalistic fraternity.

While craving national media coverage, don’t forget the local heroes; An ode to…