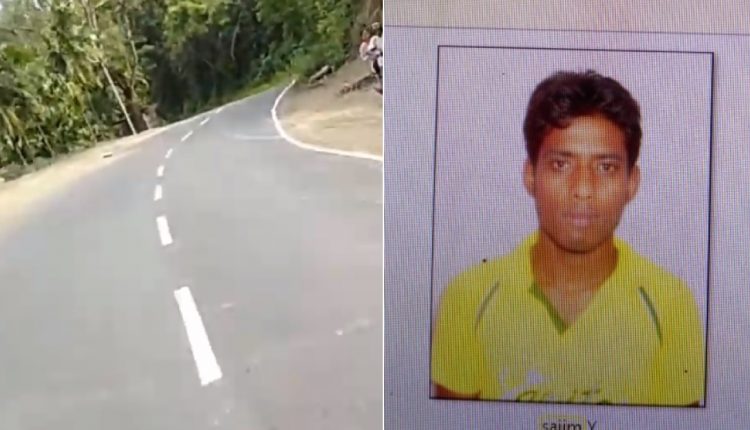 A road mishap kills yet another young boy. Saidpur resident Sajim Uddin Laskar who was on his motorcycle riding towards Silchar, when as per locals, got hit on his rear end by a tipper or dump truck in Silchar – Aizawl road. The accident occurred at around 9:30 AM.

“The truck was driving fast and after hitting the motorcycle tried to escape from the scene,” said a local resident.

Sajim Uddin got brutally injured after the collision and he was rushed to Silchar Medical College and Hospital. At around 1:30 PM, while under treatment at SMCH, the young boy gave up and breathed his last.

Saidpur part I resident, Sajim Uddin was a daily wager and used to work at construction sites. His father, Manir Uddin is an ailing senior citizen.

Meanwhile, the locals managed to nab the tipper driver and stopped the truck bearing registration number of Rajasthan. The traffic Police rushed to the spot and seized the truck.

Immersion begins in Silchar’s Sadarghat, 125 sets of idols permitted on day one

Vandalisation inside a pandal in Nilambazar; “Miscreants apprehended, peace…