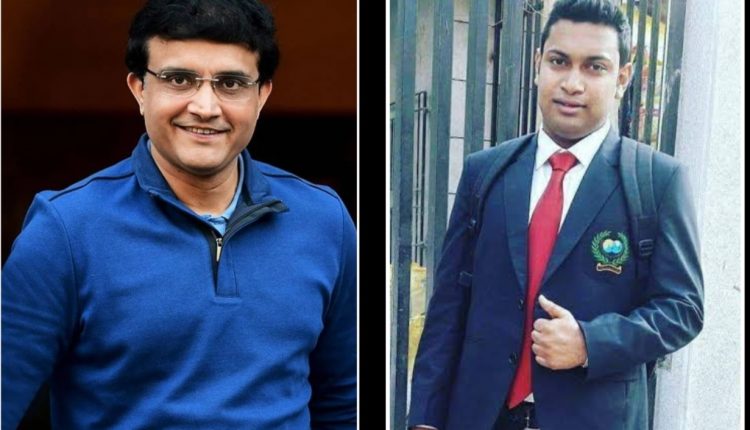 What if Sourav Ganguly was playing an exhibition match in Silchar when he suffered cardiac arrest? Would he be still among us?

The Board for Control of Cricket in India president and former captain of Indian cricket team, Sourav Ganguly suffered a cardiac arrest on Saturday. After an angioplasty, his condition is said to be now stable. He has been kept under observation for 48 hours. “He had an uneventful last night and presently Afebrile (no signs of fever),” stated the morning statement from Woodlands Hospital.

He was diagnosed with three blocked coronary arteries on Saturday, following which a stent was inserted in one to remove the blockage.

Yesterday, while working out at the gym in his own house, Sourav Ganguly started feeling dizzy and complained of chest pain. He was immediately rushed to the hospital where the doctors performed an echogram. “Echo showed mild inferior wall hypokynaesia with preserved overall left ventricular function. He is stable haemodynamically. He has received loading doses of dual anti platelets and statin and is undergoing primary angioplasty now,” stated the medical bulletin.

It added, “Sourav Ganguly suffered from chest discomfort while doing treadmill at his home gym. He had family history of IHD OE Ischemic heart disease. When he came to the hospital at 1 pm, his pulse was 70/min, BP 130/80 mm of Hg and other clinical parameters were within normal limits. His ECG showed hyper acute ST segment elevation in inferior leads and lateral leads.”

Ganguly underwent angioplasty and Dr. Aftab, the specialist at Woodlands Hospital said (as quoted by ANI), “Sourav Ganguly has undergone angioplasty. He is stable now. He will be monitored for 24 hours. He is completely conscious. There are two blockages in his heart for which he will be treated. As of now he is stable, we will have a meeting on Monday, and then we will decide what needs to be done further, priority is to let him settle down after heart attack. He is risk-free and he is talking as well.”

The good news is that the 48-year-old icon is responding to treatment and recovering fast. A team of five specialists is treating him. Chief Minister Mamta Banerjee also visited the hospital and assured that the is in able hands.

Now the BCCI president is very active and recently played an exhibition match in Ahmedabad where he was the top scorer for the president’s XI playing against the secretary’s XI. What if he was invited for an exhibition match in Satindra Mohan Dev Stadium in Silchar. What if he had suffered a cardiac arrest while batting from the Cachar college end? Or imagine a situation where he was working out at a gym in Silchar and felt uneasy?

Now, the medical infrastructure handicapped by lack of cardiologists, could not save a 27-year-old with two blockages, would it have managed to revive Sourav Ganguly? Sayantan and Sourav are not the only ones who suffer cardiac arrest, there are thousands, but the difference is, in other parts of the country, like in the case of Sourav Ganguly, angioplasty saves them. For Sayantan, the doctors said rush him to North Eastern Indira Gandhi Regional Institute of Health and Medical Sciences (NEIGRIHMS) and he succumbed on the way.

There are thousands of Sayantan in Barak Valley who die in this manner. Recognising that, a young group of people started a movement, “Thousand Sayantans” and has been tirelessly running post to pillar to improve the medical infrastructure. The government was forced to move a tender in order to build a Cath Lab essential to perform angioplasty in Silchar Medical College and Hospital. Before the first deadline, no bids were submitted. The department of health issued another invitation to tender after changing the norms, but even then, the reaction to the invitation to submit a tender to construct a Cath Lab in SMCH has got no response.

“Cathlab procedure in DME office will be completed before Bihu. The technical bid will be opened on Tuesday (Jan 5),” is the latest update we got from the principal of SMCH Dr. Babul Bezbaruah.

Now one might say, that it is just in 2019, the demand for angioplasty was raised by Thousand Sayantan. It is not true. The demands have been there for long, and it has always been ignored. Coming back to the hypothetical question, what if Sourav Ganguly suffered a cardiac arrest while playing an exhibition match in Silchar, would he be alive? First of all, even in a hypothetical situation, he would have denied the invitation to play from Babul Hore, president of Silchar DSA.

Why so? In 2009, Silchar was shamed internationally. Its horrible healthcare situation got exposed all across the country. A Kolkata-headquartered club George Telegraph, responding to the invitation of Babul Hore who was the general secretary back then, traveled to Silchar to play their second division I-league match against Lajong FC of Shillong. 24-year-old Ugandan Alex Katete was an integral part of the George Telegraph team and a huge crowd had gathered to see the number nine play. George Telegraph lost the match 1 – 2 against Lajong, but Ketete went on to convert a penalty.

The match was on March 2, 2009. Late that night (Early March 3), Katete who was half as old as Ganguly today is, complained of chest pain to his Nigerian roommate. The roommate went to the coach and the coach went to the manager, within minutes he was rushed to the Silchar Medical College and Hospital. There, the doctors, according to the then superintendent, “tried their level best” but later declared the footballer, “brought dead.” Sayantan died ten years after Alex Katete.

“He seemed depressed and had skipped dinner on Monday. At around 2.30 am Katete’s Nigerian roommate Francis informed coach Raghu Nandi that the player was suffering from chest pain and having breathing problems. He was then rushed to the Silchar Medical College Hospital and despite efforts to resuscitate him, doctors at the hospital certified him as ‘brought dead’,” Babul Hore, general secretary, District Sports Association, Silchar was quoted saying on the sports page of Hindustan Times making it a matter of national shame.

Due to these years of ignorance, by several governments, several political parties, the medical condition is such, that if Sourav Ganguly had suffered the same cardiac arrest in Silchar, in all likelihood, he would have died. Lucky, he was not in Silchar, but then not everyone has such luck.