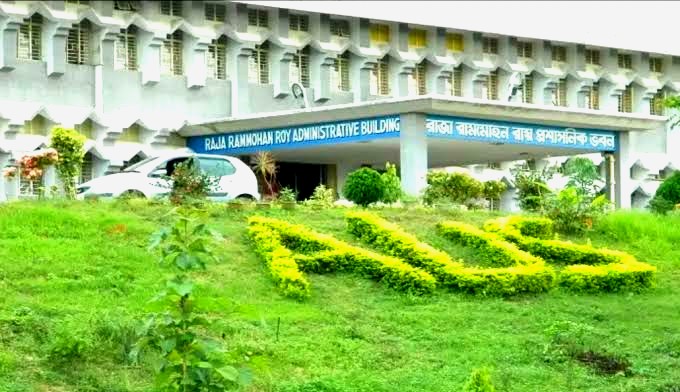 “Will not tolerate any attempt of the Administration to save a legally impeached President”: Assam University Students’ Union

The press statement reads, “The Assam University Students’ Union started the impeachment procedure of the former President on 01/08/2022. The steps followed, exactly as the Constitution mandates, were the following: 1) Moving of the Resolution. 2) Passing of the Resolution”. The release stated that the impeachment came after, “a thorough consultation with the legal experts and constitutional lawyers, the Union gave the impeachment a final form by notifying the same through the Vice President/President in charge”.

“The Union would like to make it crystal clear”, the press statement further reads, “that it will not tolerate any attempt of the Administration to save a legally impeached President. The Administration has no say in the impeachment procedure. We will not let our autonomy get usurped by the unelected Executive of the university. The elected body’s functioning is to be decided by the elected members. The administration hasn’t elected the Students’ Union members, it will not meddle in the impeachment of a member as well”.

It has also warned the impeached President and said, “If the impeached President makes any representation as the President of the Union, we will be forced to lodge an FIR against him for forgery and misrepresentation”. In the same context, it also said, “If the Administration takes cognisance of any representation from the former President, we will be forced to stage the strongest of agitations possible. Democratic mandate of the Union cannot be made a hostage of Administrative whims”. The press release was issued in a digital format without any letterhead or signatories. When asked why the press release was not published on the letter-head of the Students’ Union, the senior member of the student body who shared the press release stated, “We do not have the letterhead printed yet.”

On the other side of the events, President Subhamoy Chanda could not be reached for a comment on this. However, a person close to him said that this is a conspiracy that Pallab Dey and the group are orchestrating to create a platform for re-election where Dey can contest and become the elected president. “Subhamoy Chanda remains the president of the union and in his presence, the vice-president signed the notice as president in charge. This notice is null and void and that is why they have issued another press statement today out of sheer insecurity. One thing we need to understand is that the President’s impeachment is not yet constitutionally effective. So, Subhamoy Chanda remains the President of the Union,” said the student who is an ally of the President.