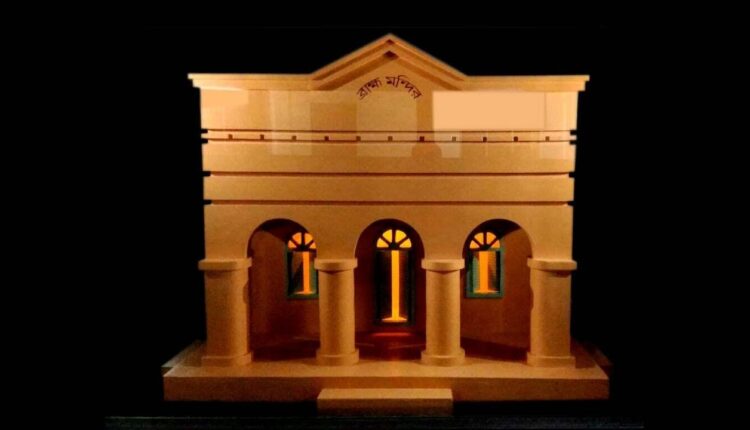 Did you know that the place where Women’s College Silchar exists today used to be the Brahmo Mandir of Barak Valley once upon a time? When the activism of the Brahma Samaj was at its peak in the first half of the 19th Century, it influenced the whole east along with Silchar and Barak. The Silchar branch of the Brahmo Samaj started its journey in 1878 with just 7 members. The first session of this Samaj in Silchar was on January 28, 1878, according to some old documents. The number of members didn’t increase much but in 1897-98 this organisation acquired land from the government and built a temple to worship the formless “Brahma”. This temple was later demolished to build the present Women’s College in Silchar. After many years of this development, the college administration and the governing body have built a commemorative replica of the temple which is officially going to be inaugurated tomorrow.

Even though there are no concrete documents or texts available to know who built the Brahmo temple and its shape, there are sufficient details to prove when and where it was built and when it was demolished. According to various texts availed by the college, the temple was built by the Brahmo Samaj’s Silchar committee along with a pond between 1897-98. Some influential and intellectual people of the town were its founding members. There were regular prayers in the evening and during the annual function, there used to be a huge gathering of people. People from other states would also join during the ustav. But when the functioning of the Brahmo Samaj started to decline centrally, people in Silchar also started to lose interest. Gradually the doors of the temple shut down. Years later when Ullaskar Dutta moved to Silchar in 1951, the doors reopened. He was felicitated in the temple and the worship restarted. But the rekindling of this lamp didn’t last long and it eventually closed down again and this time permanently. 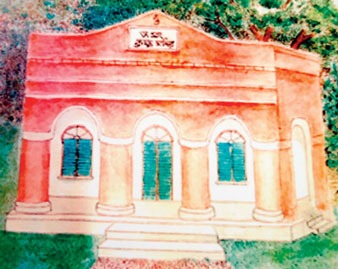 During that time, there was a proposal for the establishment of a Women’s College in Silchar for the higher education of women. In 1963, the Women’s College started functioning from the Silchar Normal School in Tarapur temporarily. Later, Silchar Brahmo Samaj decided to donate their entire land along with the temple for the proposed Women’s College. Accordingly, in 1968, the temporary Women’s College shifted to the land of Brahmo Samaj on a permanent basis. In the same year, the Brahmo Mandir which was almost 70 years was demolished by the college committee. This has been mentioned in the book শিলচরের কড়চা (Silchar-er Korcha) by Kaliprasanna Bhattacharjee. Bhattacharjee’s book in Bengali mentioned: There was a very weak protest against the demolition of this temple in the town. But it didn’t work. Raisaheb Rukmini Kumar Das protested as much as he could. But to no avail. One day a hammer hit the temple. Within hours the small but beautiful temple disappeared from sight. A historical landmark of Silchar was wiped out. 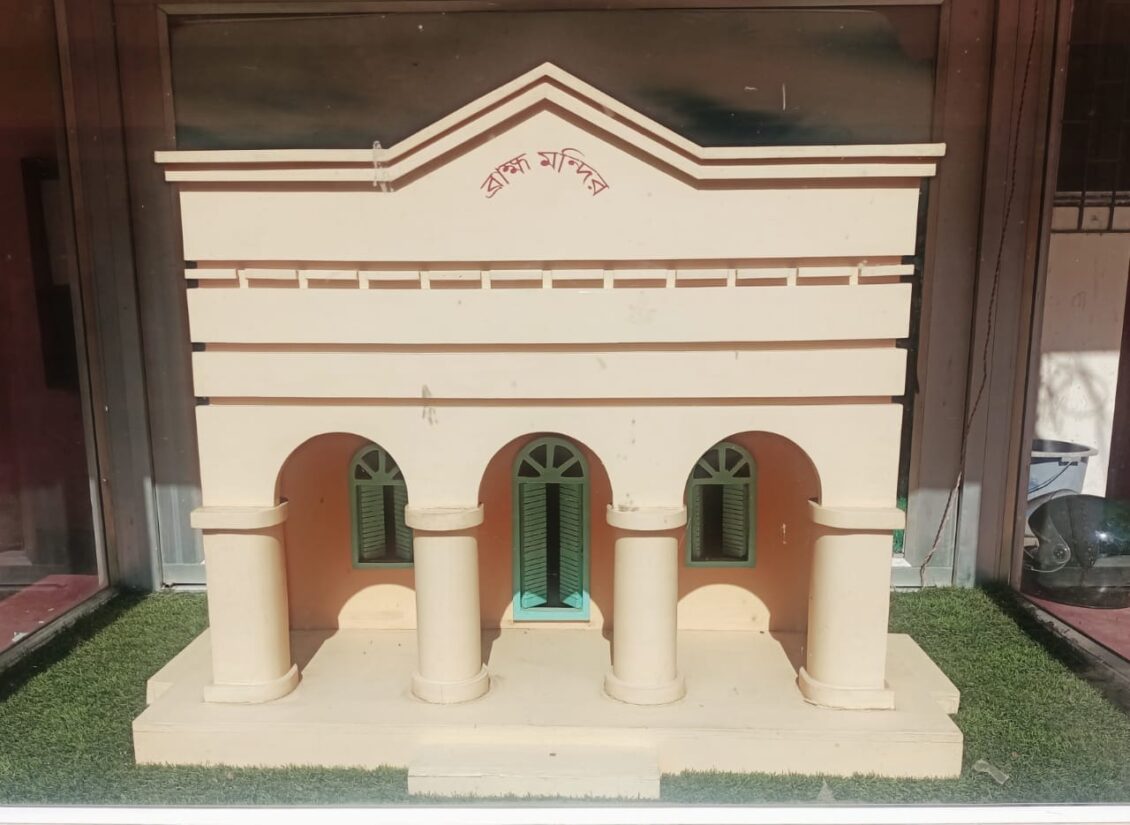 History professor of the college, Dr Debasree Dutta in a daily broadsheet mentioned that, when Bipin Chandra Pal visited Silchar for the first time in 1898, he didn’t come as a freedom fighter but to propagate the Brahmo religion in Silchar.

The Principal of Women’s College, Dr Manoj Kumar Paul speaking with Barak Bulletin said, “The memorial replica will be inaugurated by the Vice Chancellor of Assam University Silchar, Dr Rajive Mohan Pant. Along with the VC, Sreemati Das, the former President of General Brahmo Samaj will be present. Debadeep Roy, the Director of Raja Rammohan Roy Institue of Performing and Visual arts will be present as the guest of honour”. Debadeep Roy is a descendant of Raja Rammohan Roy, who founded the Brahmo Samaj. Professor Paul also mentioned that “We have been planning this since 2015 but due to various logistical shortcomings we couldn’t do it earlier. The commemorative piece was ready before but the inauguration got delayed due to certain reasons. This is a very important piece of history for this valley and doesn’t deserve to be lost. We also have plans to build a museum about this rich history so that the coming generations are aware of this glorious past”.