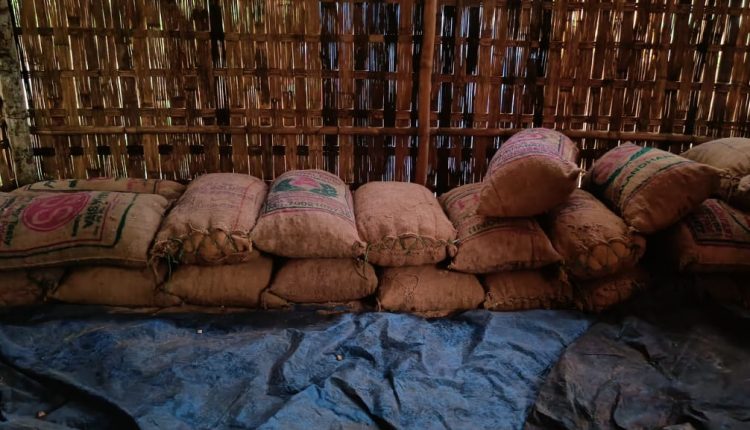 Last evening in an operation led by the OC Sonai Police Station, has found 140 sacks of Burmese Supari. It was found in the Saidpur area under Sonai PS. Acting on a trusted Intel, the team of police raided the residence of Shabh Uddin Laskar and found 120 sacked of this illegal areca loaded in a truck.

Other 20 sacks were found from his godown. The total weight of these 140 sacks came out to be seven tons. As soon as police entered the residence of Shabh Uddin, he escaped from there and ran away before police could restrain him.

On the other side, an overnight bus from Gumra was also brought under police custody last evening. This bus was travelling to Guwahati with 22 sacks of Burmese Supari in its carrier. The bus with registration number AS01LC1412 belongs to Seema Travels. The driver of the bus and three individuals were also arrested during the operation of Gumra Police.