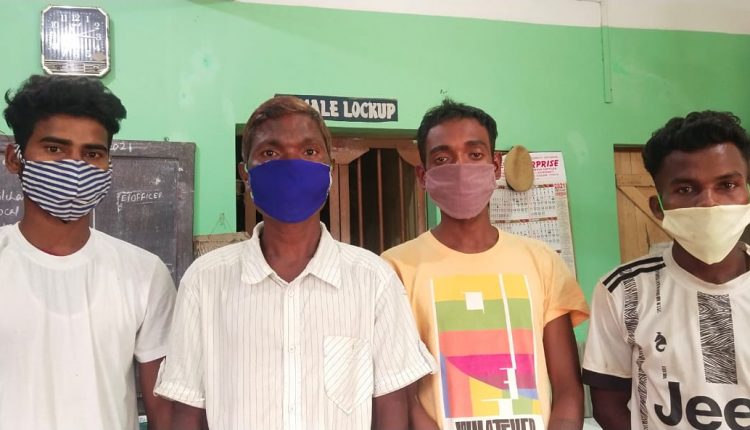 Yesterday, while a team from the district health department went to the Kalain Tea Estate for facilitating RAT and RT-PCR tests, some miscreants misbehaved with them. The altercation between the healthcare workers and the locals resulted in the disruption of the targeted surveillance programme.

The Deputy superintendent of Kailain PHC lodged a Police complaint urging them to take immediate action so that the frontline warriors are not hassled. In the complaint deputy superintendent Dr. S Bhowmik, mentioned that the volunteers who had gathered to get tested were also hassled by the miscreants, and as a result of the same they had to return without getting tested.

Speaking with Barak Bulletin, Dr. Bhowmik said, “It was important to lodge a complaint as such interference disrupts the testing process puts lives at risk. There are many patients in this locality and that is why the district administration decided to conduct tests. But the miscreants come and interfere in a manner that the health officials get compelled to stop and return.”

Contrary to the rumour spreading fast, Dr. Bhowmik clarified that there was no assault on the health care officials. “It is getting hyped in the media. There was no assault. The miscreants misbehaved with the healthcare officials and disrupted the process. That disrupton in this Covid scenario is critical as testing is essential,” Dr. Bhowmik added.

Meanwhile, Cachar Police has arrested four individuals after acting on the FIR. Superintendent of Police, Vaibhav Chandrakant Nimbalkar in a media statement informed that regarding the interference and disturbance in normal Covid duties (RAT & RTPCR testing) at Kalain TE, all four accused in the FIR have been arrested and forwarded to judicial custody.