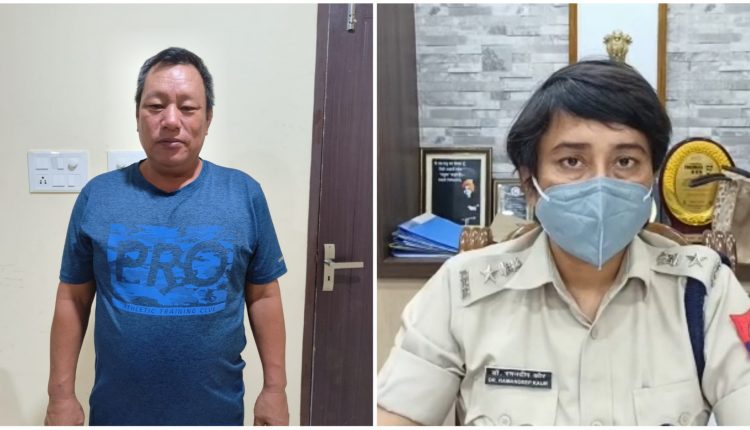 A Zeliangrong United Front (ZUF) cadre was arrested by Silchar Police on Tuesday evening. This cadre was undercover in Meherpur and was in the radar of the police for some time.

Gangdun Rongmei, who is a resident of Namdailng village in Jirighat of Cachar joined the Naga militant outfit back in 2017. He has been under the police radar for some time now and has been hiding in Cachar. Speaking about this, Cachar SP, IPS Dr Ramandeep Kaur said, “Based on credible input, we apprehended one ZUF cadre who was under surveillance and found hiding in Meherpur area under Silchar PS”.

ZUF is a militant group formed by the youths of Zeliangrong indigenous Naga communities living in the tri-junction of Assam, Manipur and Nagaland. They are the descendants of Nguiba. The term “Zeliangrong” refers to the Zeme, Liangmai and Rongmei Naga tribes combined.

Their active demand is a single administrative and political system for their common homeland. ZUF says that Zeliangrong areas were being encroached on and colonised by non-indigenous Zeliangrong tribes under the pretext of political conflict with India. They are against this “encroachment” and want their separate state.