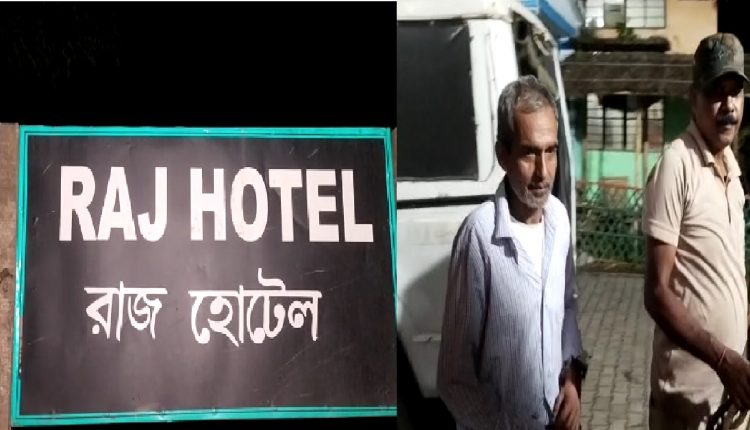 A hotel in Gumra’s Lakhicherra was raided by Kalain Police acting on a tip of an active human trafficking racket. In the raid, the police recovered a gun and rescued a kidnapped girl. One employee of the hotel was arrested during the same raid.

According to the tip, a hotel by the name Raj Hotel was running a human trafficking racket for many months in Gumra’s Lakhicherra area. The nexus operating from the hotel was allegedly trafficking women to states outside of Assam as well. Girls were brought here forcefully at gunpoint and sold to dealers, is what Police sources have informed.

Two months back a girl disappeared from a village in Gumra and her family filed a missing diary with the Kalain Police Station. The brother-in-law of that missing girl said, “She went to bring the cattle back home and that’s when Zia-ur forced and sold her to Abdul Malik. Abdul Malik took her to the Raj Hotel and forcefully kept her there with the intention of trafficking”.

He further said, “Abdul Malik’s men tortured her and forced her in many ways. When we filed a case with the police, investigation started and she was recovered from the hotel by the police.”

The in-charge of Gumra Outpost talking to Barak Bulletin said, “We are investigating the case and so far we have arrested a helper from that hotel. The owner of the hotel is absconding and we are searching for him. The girl we have recovered from the hotel has been sent to a safe home from Kalain Outpost. We have also found a gun from the hotel”. The kidnapped girl is now sent to the Ujjwala Shelter home for rehabilitation.