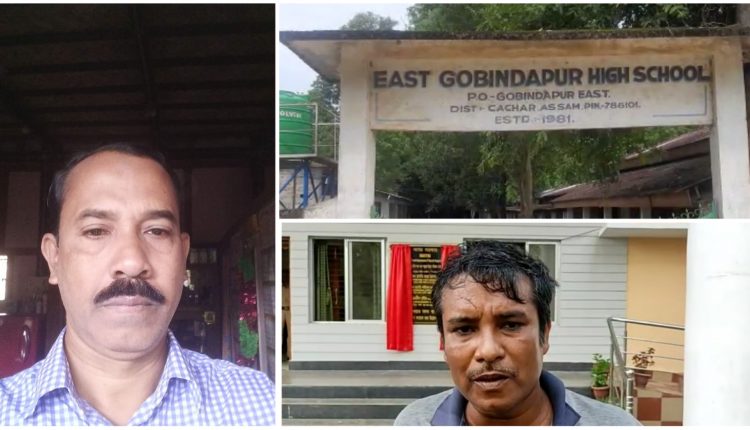 Class VII student brutally beaten, thrown out of school by headmaster after parents asked about due uniform; Father lodges FIR

A class 7 student from East Gobindapur High School was thrashed and thrown out of his school by the Headmaster on Saturday, July 30. This has happened after his father went to the headmaster to enquire whether uniform was provided to his ward last year. His father has filed a case against this corporal punishment at the Sadar Police Station, Silchar.

Speaking about this the father said, “On July 27 I went to the school and asked the headmaster whether the uniform was given to him last year. The headmaster lied and said yes. I replied that my son didn’t get his uniform and then he started arguing with me. Later my son was called to his office and then he asked him in front of me about the same. My son said no and then the headmaster sent him back to class without giving any reason. Later I also left for home”.

On Saturday afternoon Kajol’s son came home crying and to his surprise, the minor child was beaten badly. He could barely walk or move his arms. Explaining this demonic episode, the father said, “They didn’t leave any spot left and beat him up everywhere. His back, arms, and legs were all swollen up because of the headmaster’s horrific beating. I couldn’t stop and went to the school again to ask the headmaster what went wrong. He had no regrets about his action and didn’t bother to even apologize. I waited for an apology, but no message was communicated from the headmaster so I had to take refuge in the legal process. I can’t send my children to a school where Monjur Ahmed Laskar is the headmaster”.

On Tuesday morning, Kajol Hussain Laskar filed a case against HM Monjur Ahmed Laskar. The Ministry of Women and Child Development has banned physical punishment of students. The first violation of the ban will invite up to one year in jail, or a fine of ₹ 50,000 or both. Corporal punishment or such type of harassment can injure a student’s mental ill-health, impair cognitive and socio-emotional development, and result in poor educational outcomes. It can also increase aggression and perpetration of violence in the future.