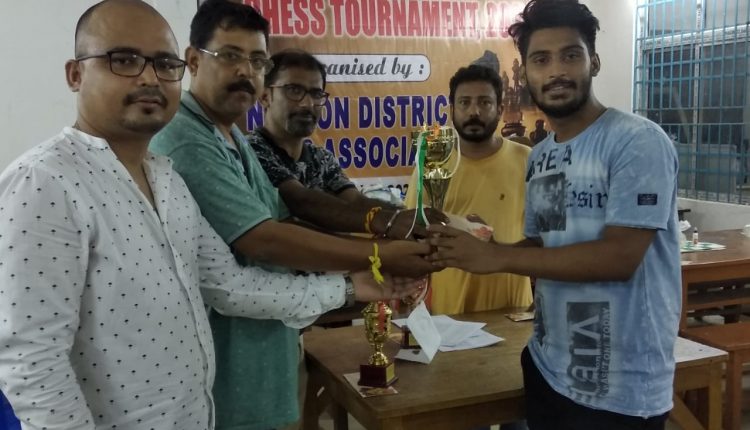 Iftikar Alam, a Chess player from Silchar has won the Nagao Open Prize-money Tournament. This tournament is not recognized by the international Chess body but it has the approval of the Assam Chess Federation that makes it a very significant success for Iftikar. Rajdeep Das, another Silcharite Chess player ends the tournament with a place within the top ten adding one more success for the Valley. Iftikar has been awarded 15 thousand rupees and a trophy for winning the tournament, Rajdeep got three thousand rupees.

A total of 61 Chess players participated in that rapid Chess contest. In nine rounds of playing Iftikar secured first place with seven points and Rajdeep stood eighth with six points.

Interestingly, Shantanu Barpatra who secured second place in the tournament also scored equal points (seven). The game was decided in Iftikar’s favor by Buchholz point, a tie-breaking system between players who have the same total points after the last round. Cheniram Pegu (3rd), Rakesh Chakraborty (4th) also ended the tournament with seven points in nine rounds. Cachar District Chess Association is glad about the success of two chess players from Silchar. Professor Charvak, the president, and Nirmalya Chakraborty, secretary of the district Chess Association have congratulated Iftikar and Rajdeep for their success in Nagao Open Tournament.