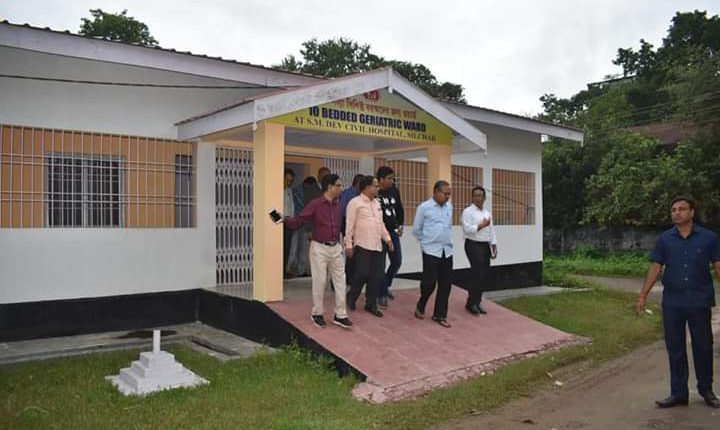 Recently, under the National Health Mission’s, (NHM) Kayakalp initiative, Satindra Mohan Dev Civil Hospital was sanctioned Rs 50 lakh. The governing body of the hospital met yesterday under the leadership of Silchar MP and chairman of the hospital Dilip Paul to discuss how they intend to utilise the money.

In the meeting, it was decided that Rs 37.5 lakh will be spent to develop the hospital while the remaining 25% will be distributed among the employees as incentive. The governing body decided to roll out a 10-bed-ward for senior citizens. About Rs 10 lakh has been kept aside to improve the condition of the roads inside the hospital. The committee has also earmarked Rs 8-10 lakh for the purchase of a high-tech ambulance. The remaining amount will be used to install a transformer, gardening, building parking space.

After the meeting, Dilip Paul said that the governing body is planning to further develop the hospital. He said that recently, four paid cabin has been launched in the hospital and they are looking at other such possibilities. He also mentioned that there are some teething issues in the eye and blood bank departments and at the same time he assured that those would get sorted soon. Paul said that the Hospital administration is planning to increase the number of staff in the blood bank.

Cachar college is lagging behind due to negligence of previous government, says Aminul