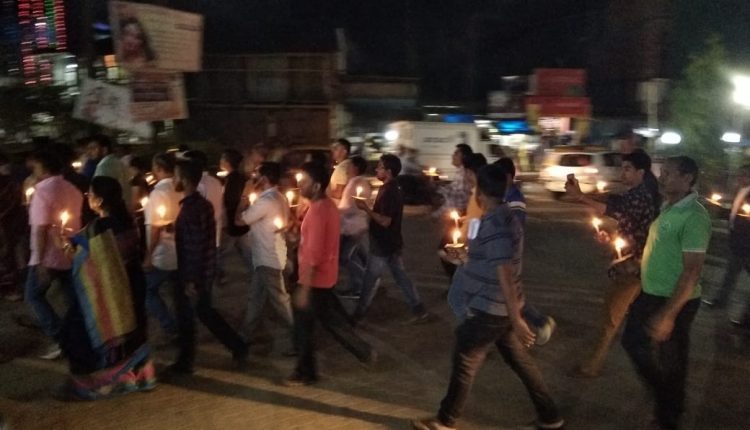 In the aftermath of barbaric killing of five Bengalis in Tinsukia district yesterday the entire Barak Valley is in a state of mourning. Today evening several organisations have called for a candle march. The procession will start from Khudiram Bose’s statue and march till Netaji Subhash Chandra Bose’s in Rangirkhari.

Meanwhile the Silchar District Congress Committee has called for a dawn to dusk strike tomorrow as a mark of protest against the murder in Tinsukia yesterday. ACKHSA and Rashtrabadi Joutha Mancha have come in support of the bandh.

Various Bengali organisations of Tinsukia had yesterday announced that a 24 hours bandh will be followed in the district today. However, a latest footage in an Assamese News Channel shows, locals are beating picketers with bamboo and opposing the bandh.

District administration or State government is yet to issue any official statement opposing the Barak Bandh. Few days ago when 43 organisations had called for a 12 hour Assam Bandh the State Government issued a set of guidelines and warned employees to report to duty failing which strict action would be taken against them. In fact sources close to the circuit house say they are expecting the bandh to be successful tomorrow.

Today’s march too will see a huge gathering, expects Rajib Kar, spokesperson of Sammilito Sanskritik Mancha which supported the call. He says it is a time of crisis in Assam and in such hours everybody must be very careful in what they say and write. He added people are hurt, sad, angry, they feel betrayed by the government and in such time one might say something which can hurt or demean others.