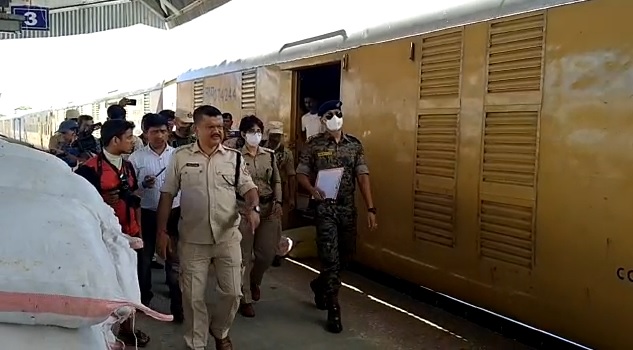 Karimganj Police along with Railway Police Force intercepted a Goods Train in Badarpur Railway Station carrying suspected areca nuts illegally smuggled from Burma, commonly known as Burmese Supari. After following a prolonged procedure, the compartments are being opened one after another.

250 sacks of Burmese Supari were recovered from one bogey and there are 15 such bogeys possibly packed with Burmese Supari. “We have just started the operation to check each bogey. We have information that the entire train of 15 bogeys are packed with suspected Burmese Supari. A criminal case has been registered and we have started the investigation,” informed Padmanabh Baruah Superintendent of Police, Karimganj.

He informed that 10 bogeys packed with suspected Burmese Supari came from Jirighat and five from Dharmanagar. “The train was headed to Kolkata for partial unloading and then to Delhi and other parts of Uttar Pradesh,” added SP Baruah.

At this stage, the Police is not willing to put a quantity on record, however, the suspicion is that nuts seized are worth around Rs 12 crore. “We will thoroughly check all the bogeys and size the items recovered,” informed SP. 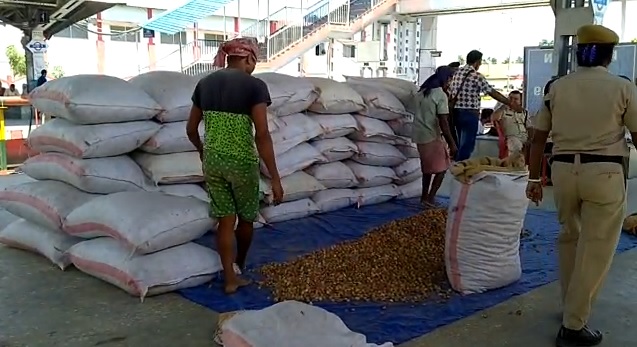 This is by far the biggest consignment of illegal nuts seized in Barak Valley. Also, this exposes the fact that the mafias are now using Railway as a safe corridor to ship illegally smuggled goods. Burmese Supari is normally transported to Mizoram from the neighbouring country and then smuggled across the country through Barak Valley. Illegal smugglers operate from Mizoram with handlers in Silchar, Guwahati and other parts of the state. Since chief minister Himanta Biswa Sarma took over as the chief minister of Assam, he has intensified the drive against smuggling. Due to this, the smugglers are forced to use alternative routes.

If sources are to be believed, CM Himanta Biswa Sarma spoke with SP Padmanabh Baruah and even discussed the matter with the RPF and NF Railways. Police sources informed that through this consignment which would be thousands of Kilograms, the forces will try to uproot the racket running the syndicate. 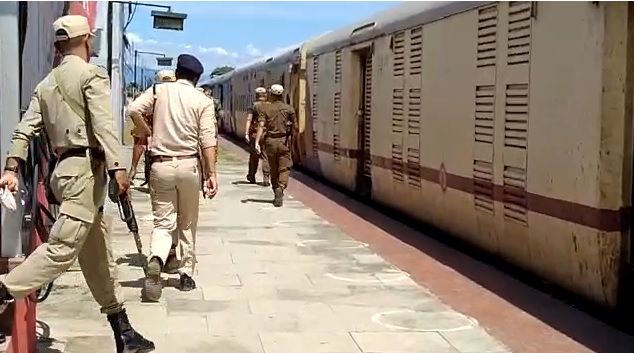