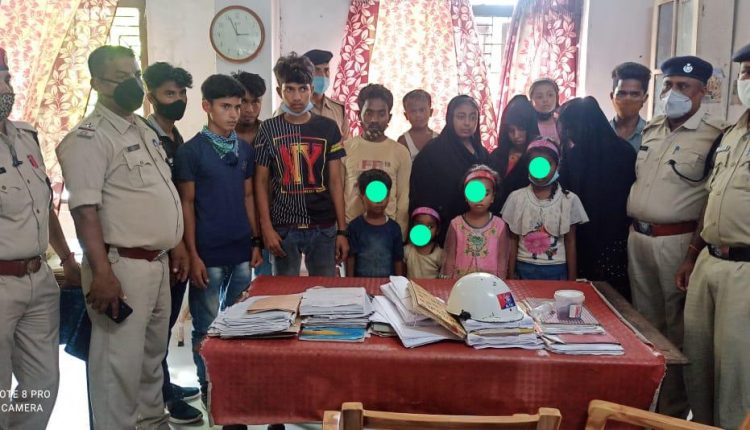 15 Rohingya immigrants detained in Badarpur; “They traveled from Aligarh and were headed to Agartala,” officer

Today morning at 9:00 am, the officials of the Railway Police Force (RPF) observed suspicious activities at the Badarpur Railway Station. Immediately Sub Inspector Vinod Kumar and others got to action and detained as many as 15 individuals who were about to board Silchar – Agartala train from Badarpur.

After interrogation, the RPF officials found out that all 15 of them are Rohingya immigrants who have entered the country without valid travel documents. The RPF shared that all 15 of them were in Aligarh, Uttar Pradesh. From there the reached Siliguri by road. From Siliguri, they got on the Sealdah – Silchar Kanchenjunga Express and reached Silchar on July 22. On July 23, they remained stationed at a hotel and today they were on their way to Agartala.

Among the 15 detained, there are six kids (four girls and two boys) six male and three female. All of them have been handed over to the GRP.

The officer in charge of GRP – Badarpur informed that they have received the 15-detained Rohingya immigrants and now they will be produced before the judge when the court opens. “The RPF officials showed their presence of mind and detained the immigrants. We are yet to determine their final destination but in all probability, they were headed to Bangladesh,” said the officer in charge.