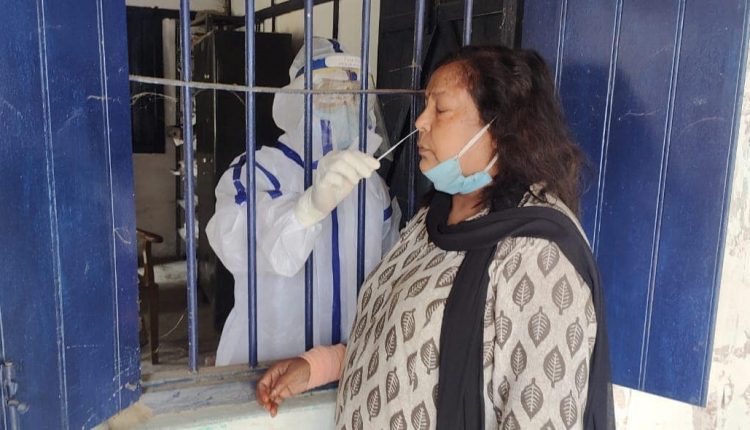 According to the Medical Bulletin of the Silchar Medical College & Hospital, as of June 14 at 5 pm, there are 181 active Corona patients at the hospital. According to the vice-principal of the college Dr Bhaskar Gupta, there are 91 patients in the ICU ward and 90 in the Covid ward. 21 of them are in ventilation support and 124 are in oxygen support.

In the previous 24 hours, 21 patients were admitted to the hospital and 16 patients were discharged. 21 Covid patients have taken home isolation. 3 patients have died at the Silchar Medical College in the last 24 hours ending at 5:00 pm on June 14 with Corona infection.

The Cachar district health department informed that 15 samples have tested positive on RT-PCR while 229 on RAT. On Monday, 7,773 samples were tested using the Rapid Antigen Test kit which means the district’s positivity rate on RAT stands at 2.94%. More RT-PCR numbers are awaited.

In the Hailakandi district, 34 samples tested positive and all on RAT. 2,253 samples were tested on Monday, reporting a 1.50% positivity rate.

In the Karimganj district, 102 samples tested positive on Monday out of 3,907 samples collected. Currently, there are 1095 active cases in Karimganj. The district’s positivity rate today stands at 2.61%