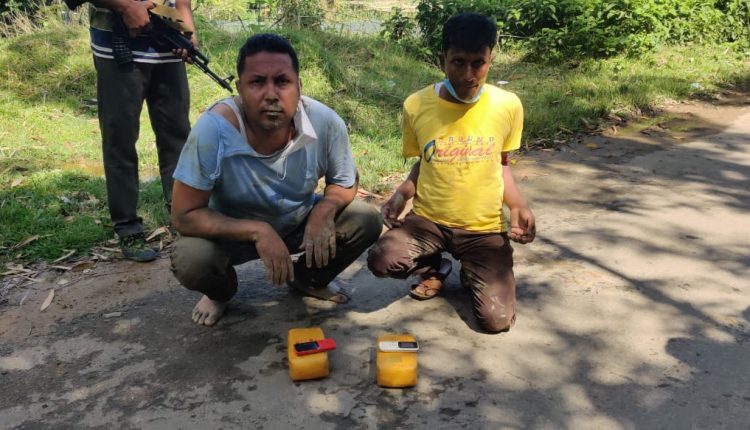 On Sunday afternoon, in a successful drug bust, a team led by SDPO Lakhipur along with OC Jirighat and Silchar Police were able to recover 20,000 Yaba tablets in possession of two people who were arrested by the police. The incident happened at the Bagpur Part I area of Cachar district where two persons in possession of 20,000 Yaba tablets were caught carrying in a scooty by the police team and were eventually arrested in kept in custody.

The arrested miscreants were Akbar Hussain Laskar of Neair Gram Part II and Abidul Rahman Laskar of Bagpur Part I, both falling under the Cachar district. According to the SDPO Lakhipur, Kulapradip Bhattacharjee, based on a source input, he along with OC Jirighat and Silchar PS staff intercepted the suspects carrying the illicit drugs in their scooty. “At around 1:10 pm today, based on a secret source, with the help of Jirighat OC and Silchar PS staff, we were able to intercept two suspects at Bagpur Part I, namely Akbar Hussain Laskar and Abidul Rahman Laskar, in possession of illicit drugs. Upon searching, we were able to recover 20,000 Yaba tablets from their possession and hence, arrested them immediately”, said the SDPO Lakhipur.

As of now, both the arrested culprits are under police custody and a case has been filed against them. Then they’ll be produced in court to face those charges put against them for trying to smuggle illicit drugs.