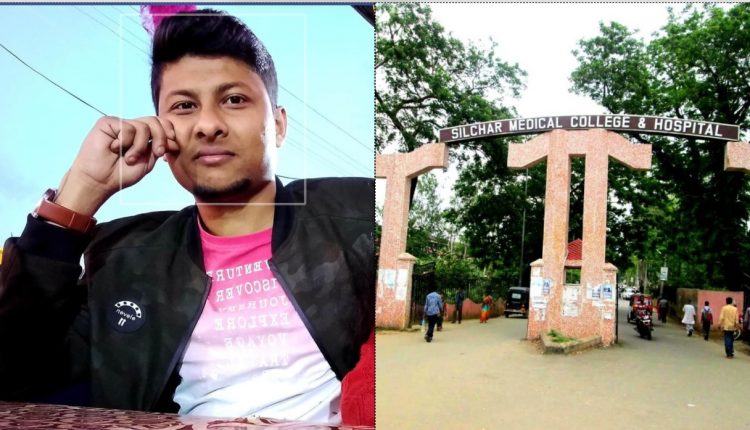 They kept going rounds and rounds in Silchar Medical College and Hospital in an Ambulance, and that too after losing a precious 30 minute at Silchar Civil Hospital. The gigantic loopholes in the healthcare infrastructure and the lackluster attitude of the medical officials has claimed another young life.

27-year-old Sayan (Sunny) Das a resident of Bilpar had started feeling unwell all of a sudden at around 9:00 PM last night. “The whole day he had a mild fever but he was very much active and there was nothing serious about it. At night when my mother asked him to eat his meal, he said he will eat it later as he was not feeling well,” informed Samrat Das, younger brother of Sunny Das.

At around 10:00 PM Sayan Das realised his condition was deteriorating and he himself dialed a neighbour, who had an auto-rickshaw. “He told me that we must go to the hospital and the neighbour was not receiving the calls. So, I rushed out to call him,” informed Samrat.

Sayan Das changed and walked to the auto-rickshaw without any support, and at around 10:30 they reached Silchar Civil Hospital. “While in the rickshaw, he started feeling dizzy and kept his head on my shoulder. After we got down at Civil, he was feeling so weak that we had to carry him on our lap. There we sat on the bench without treatment for half-an-hour. After that the doctors said it is an emergency and they do not have specialists or infrastructure, so we must take him to SMCH. Around 11:05 we left for Medical,” Samrat added.

Sayan Das had stopped responding by then. They reached SMCH at around 11:30 pm and were asked to go to different gates by the guards. “First we were told to enter from one entrance, when the ambulance reached there we were asked to approach another gate. We rushed there and the doctors said we must approach the COVID block and get a test done first. We went there for a COVID test but were told that the officials are busy and we must wait. We kept waiting in the Ambulance and my brother’s body kept getting colder,” added Samrat.

After one and half hours of doing rounds and rounds, the doctors told Samrat, his mother, and his maternal uncle waiting with Sayan near the ambulance that there are no beds available in the ICU. They were informed that they can approach a private hospital or else settle for a general bed. “Where would we have gone for ICU? So we told them to put him on whatever treatment possible as his life is at risk. At around 1:15, they told us that he is COVID positive and at 1:45 AM in the morning or late night, we were told that he is no more,” said Samrat Das.

The 27-year-old who walks into an autorickshaw at 10:15 PM dies at 1:45 AM and the health department does absolutely nothing apart from driving them round and round. “Why did the Silchar Civil hospital take 30 minutes to say that we must go to SMCH? Why did they waste that time which can be the difference between life and death? Why did it take so long for the SMCH to attend the patient? Who is responsible for the 27-year-old’s death?” questioned Ranjan Roy, ex-Commissioner SMB ward 9 and a neighbour of Sayan Das.

The superintendent of Silchar Civil Hospital Jiten Singh said, “Yes, he was rushed to the hospital last night but after the preliminary check-up the doctors diagnosed him to be brought dead.” The superintendent’s statement contradicts the chain of events narrated by Samrat Das and Rajan Roy. But the fact is that he was referred to SMCH.

“Not even for once they mentioned this when we were at Civil last night,” said Ranjan Roy. “What kind of a response is this that they referred to SMCH for confirmation on death? If he was brought dead then what is the point of sending someone to SMCH? This is a bizarre explanation given by the superintendent. Instead, we were told that we should rush to SMCH as this is an emergency,” Roy added.

Though the superintendent of SMCH was not available for a comment, a senior doctor close to the development agreed to speak on the condition of anonymity. He said, “Bilpar resident Sayan Das’ case has been recorded as brought dead in the medical records of SMCH.”

The doctor added that “since he was brought dead, the hospital has decided to conduct a post-mortem.”

However, like Ranjan Roy, the family also said that they were never told about Sayan’s death at SMCH. The family waited at SMCH till 5:30 in the morning as they were told that they will be tested for COVID19. “At 5:00 my mother said she is not able to bear it anymore and that is when both of us returned. They told us that we can go home and they will send people to test the family at our doorsteps. My maternal uncle, however, waited and his samples tested negative,” said Samrat Das.

27-year-old Sayan Das worked as a local tax collector at Silchar Municipality Board. If he died due to a critical illness or due to the inefficiency in the healthcare infrastructure is something we will never know. The mother has lost his son and the family will suffer the loss. While we are facing a pandemic as the entire world, it does not mean that people must die while doing rounds and rounds following COVID protocols.