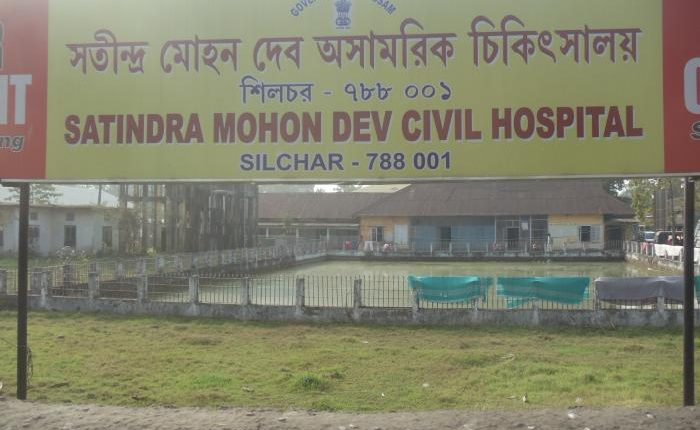 Under mysterious circumstances, an employee of the SM Dev Civil Hospital in Silchar committed suicide as her body was found hanging from the ceiling this morning. The deceased happens to be Shikha Rani Das, aged 29, who was a contractual employee of the SM Dev Civil Hospital working at the hospital for the past 4-5 years. After her body was discovered, the police were contacted and later the body was sent for post mortem.

According to sources in the hospital, the deceased used to work as a contractual employee in the OT department of the SM Dev Civil Hospital.

“The deceased employee used to stay in a small quarter of the Civil Hospital, and last night she was there at the OT department during her shift,” informed Dr. KH Jiten Singha, Superintendent of the SM Dev Civil Hospital.

He added. “Then this morning, her mother complained that she wasn’t responding to their calls all morning so they went themselves to check on her. After knocking at her door and not getting any response there, her family members broke in through the window and found her body hanging from the ceiling. We then immediately contacted the police and later they took the body away for post mortem.”

Locals in the neighbourhood said that Sikha Rani Das used to hardly socialise. According to them, she went on to attend her duty and then returned to the quarter after finishing her work. Even her parents said that she was happy in her space and they don’t know about any particular struggle in her life. While she stayed at the quarter of SM Dev Civil Hospital, her family members continued living in Chencoorie Road, Silchar.

At the time of reporting, no such detail linking to the victim’s suicide has been able to be ascertained. But an employee working under a government hospital ending up killing herself leaves a lot of questions that need to be answered. Although the Superintendent has denied the possibility of any employment issue related to her untimely demise, still one can’t help but wonder what possible circumstances might have pushed her to commit suicide as the last resort.