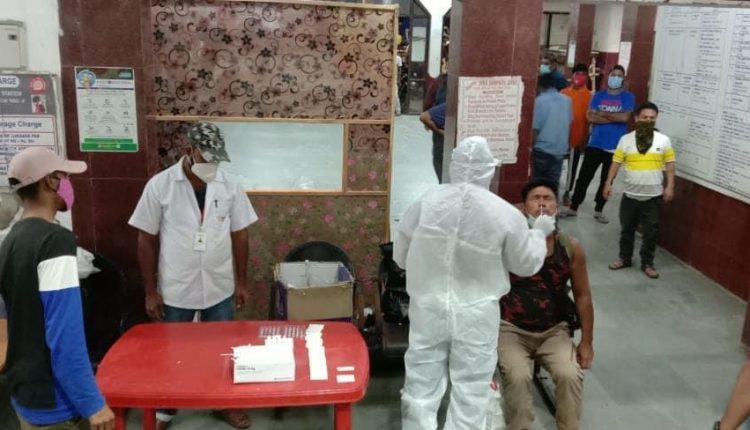 Cachar has created history of conducting the highest number of tests in a day and at the same time, the district has vaccinated the most today in entire Assam. As a part of the ‘Arogya Silchar’ vaccination drive – an initiative rolled out by the District Administraton as per the instruction of chief minister of Assam Himanta Biswa Sarma, a vaccination centre has been opened in each Municipality ward. According to Cowin Database, more than 12,000 doses have been inoculated today, which is three times more than the number of doses administered in Guwahati/Kamrup Metropolitean.

Dr. Bhaskar Gupta, vice principal of Silchar Medical College and Hospital informed that currently, there are 216 active cases in the district and 89 of them are in ICU. 30 patients are on ventilator support and 152 of them are oxygen support. On Tuesday, 25 patients took admission and 37 got discharged.

In Karimganj district, 3,710 samples were collected and out of them, 90 tested positive leaving 1,100 active cases.

In Hailakandi district, 66 samples tested positive on Tuesday out of 2,457. Currently, there are 1,205 active cases in the district.