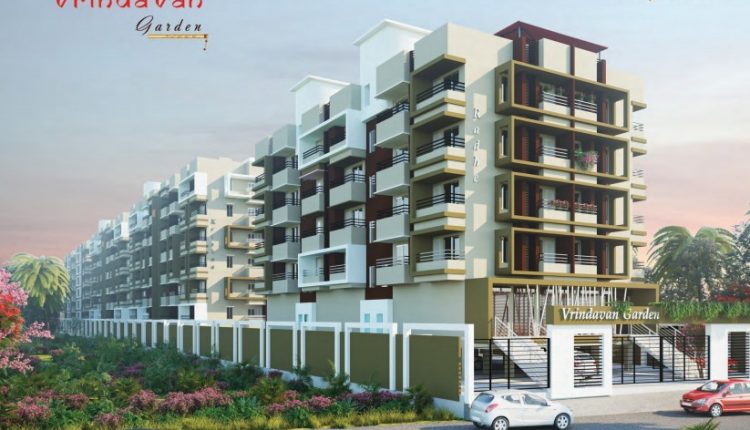 In compliance with Pradhan Mantri Awas Yojna, a multi-story society is being built in Silchar’s Budrail area located in Kathal Road. The flats start from Rs 15 lakh and they include parking too.

The officials informed that people belonging to the Economically Weaker Section, who do not own a house but might have land, will get a subsidy of Rs. 2 lakhs 67 thousand while taking loan from banks. Also, the subsidised GST tp be paid while purchasing the house is 1% as compared to 5% as usual.

The society to be built in the Budhurail area of Kathal Road, a few kilometres away from the main town. It has 4 towers of 192 units of two bedrooms a hall and a kitchen (2 BHK) in 4 blocks with five floors. ‘Krishna’, ‘Radhe’, ‘Daibaki’ and ‘Basudev’.  In terms of size, the biggest unit is 881 square feet, the smallest flat will be 701 square feet.

MP Rajdeep Roy said, “Prime Minister Narendra Modi has decided that to co-incide with the 75th anniversary of the country’s independence, every person in the country will have his own house. His dream is about to be fulfilled by 2022. We are working hard to provide housing to every person in rural as well as urban areas. Flat buildings are being constructed under the state’s first-ever Prime Minister’s Housing Scheme. Although there are 192 flats here, but I think the number is much less, because people will buy a lot more flats under this scheme. I want more construction companies to start building flats under this project. ”

Standing on the dais, Nitya Bhushan Dey said, “During the Congress rule, there was no such thing as a dream that is in front of our eyes today. However, Congress leaders are still trying to create various problems for different reasons. I have visited Madhya Pradesh to see what a beautiful house is under this project. If it is implemented here, the whole region will be improved. ”

The flats are yet to be constructed but the builders have kept a sample flat ready for the interested customers to have a look and feel of their future home. On Sunday morning, guests cut the ribbon to inaugurate the house and took part in the Bhumi pujan of the flat. Swarup Kanti Sinha and Rabindra Golgoliara, employees of Advantage Reality, a construction company said that the naming of the project followed Vedic rituals.

They informed that more than 100 flats have been booked so far.