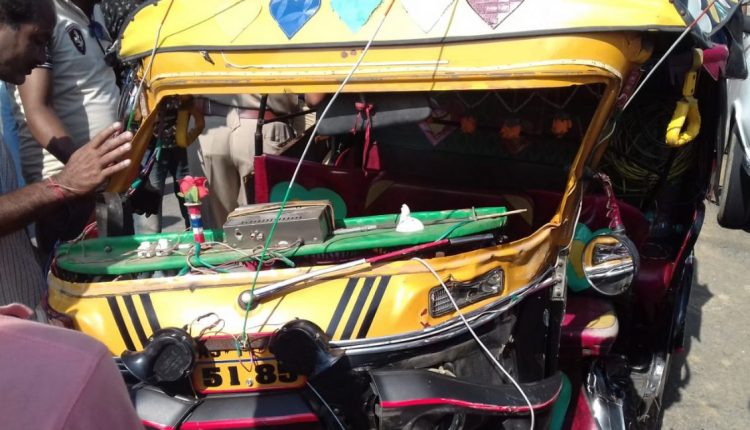 6 brutally injured in an auto accident; admitted in SMCH

To read the Bengali version of the story click here

According to sources, the mishap took place around 11am this morning when an auto-rickshaw loaded with passengers, on its way to Udharbond, had a head-on collision with another public transport vehicle on an over-bridge at Moinarbond as a result of which a total of six persons were injured.

Onlookers immediately gathered on the spot and recovered the injured people following which they were sent to Silchar Medical College and Hospital.

Receiving the information about the accident, a team of police reached the spot and brought both the vehicles to Udharbond police station.

The injured persons were in critical condition, as per last available reports.

Book fair kicks off in Silchar; one can visit till November 18