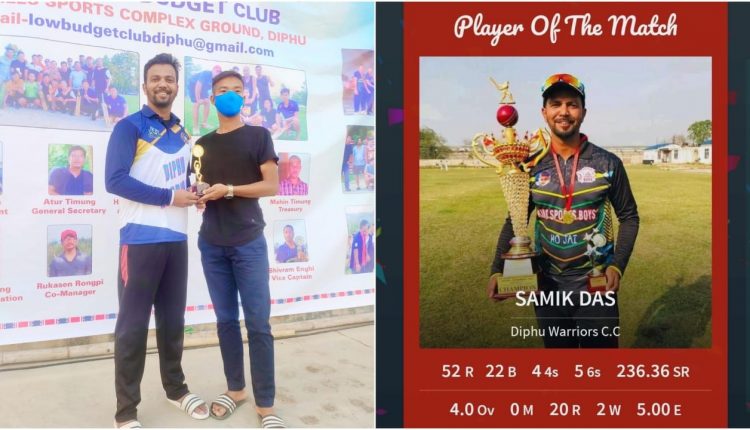 'A blazing start’: Edited excerpts from the conversation between cricketer Samik Das and Dr. Himabrata Das

All-rounder Samik Das spoke with Barak Bulletin on his dream start to the cricket season as an invited player for Diphu Warriors where he smoked a 22-ball 52 (4X4,5X6) and deservedly won Man of the Match.

He also touched upon some wide-ranging issues as well including his decision to join a new club in Silchar. Here are the edited excerpts of the conversation between Dr. Himabrata Das and Samik Das.

A blistering start for the Diphu Warriors. Congratulations on your MoM performance that was punctuated with 5 massive sixes. Your thoughts on the tournament going forward?

We have a good team. Seven local players and four invited players. The team looks balanced and I was very impressed with the quality of the wicket on which we were playing. The outfield still needs a lot of improvement but then the most important thing is it is very well prepared. 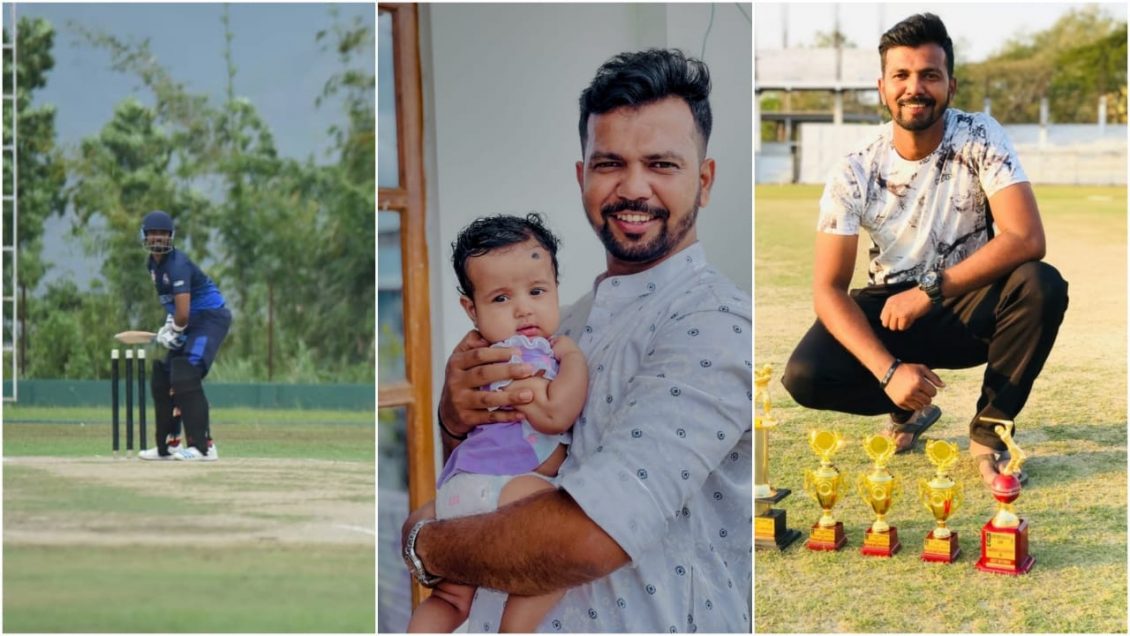 Your signing for Ithkhola has grabbed quite a lot of headlines. What do you aspire to deliver for your new team?

Like always, I would try to keep the faith of the club which has shown trust in my abilities. I have previously played for Ithkhola and have also won the 1st Division Cup with them. So very happy to be back with them. Performing in the coming matches is my goal.

It must have been quite touching for you to be part of SAKKHATE KOTHA-a book that reminisces your father amongst other sporting giants from our region.

Yeah, it’s always touching to see articles about my Big Man (Amal Das). His achievements and accolades have always inspired many including me to do well both on and off the field. Kudos to the people behind publishing this book. Really inspiring to read about the greats of our region.

What is your take on the T20 World Cup? India’s early exit and the Kiwi dominance. Aus Vs NZ in the final. In the Trans-Tasman rivalry, which team would you say has the advantage?

This World Cup has shown us that no matter how many big names you have in your team it’s not always enough to qualify. I was very disappointed with Team India not because they lost but because of the attitude, they had shown. Lack of confidence and fear of failure showed in their faces. Australia and New Zealand have earned their places in the finals. Both the teams won their semifinal matches in style. I would be cheering for New Zealand. They have always been a team I liked.

Your social media is abuzz with your pictures with niece Shambavi. You seem to be delighted with your newly found role as Mama.

Yeah, am delighted. She is a cutie-pie and very loving. Every time I get a chance to be with her I just enjoy it. No stress only smiles. Truth be told I have always loved kids.