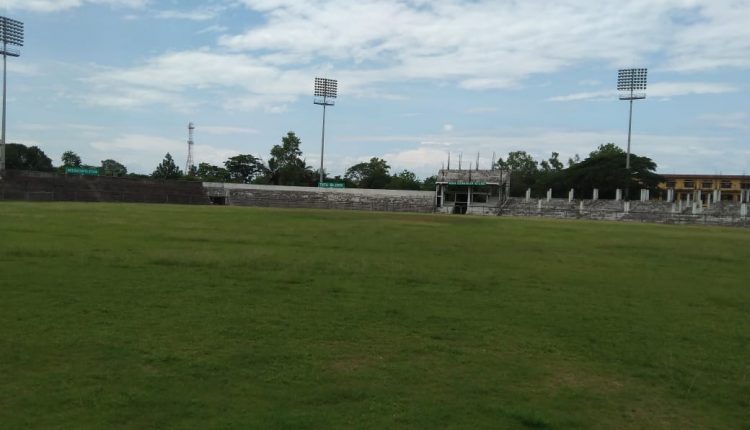 A lockdown will further delay the resumption of Cachar's sporting calendar

India has gradually started to get back to normalcy after the deadly second wave of the Coronavirus has swept through the entire nation. For the last few days, the daily Covid positive cases have seen a steady decline all over the country. In many cities of the country, coaching camps and academy training have already begun. The rate of infection is decreasing in the Cachar district including the entire Barak Valley. However, the rate of daily infection is still higher in 3-4 districts of the state including Cachar, as compared to other districts of the state. As a result, those districts including Cachar are under strict scrutiny by the state government. There is even a possibility of a complete lockdown in these districts in the coming days and the entire picture will be clear in the next couple of days. But once again, if the state government announces a complete lockdown in Cachar, then there will be a huge loss in the field of regional sports, which is already lagging due to the lockdown.

Because of the mini lockdown, the Silchar District Sports Association (DSA) has kept its gates closed as of now. All types of sports activities are closed at the moment. Usually, at this time of the year, there is no domestic cricket in the country. Hence, the cricketers are not suffering much due to the current lockdown. However, athletes and footballers are suffering huge losses.

At this time of the year, various athletic tournaments are held at the inter-district level. However, due to the mini lockdown, all types of athletic events are closed in the Cachar district along with the entire state. Although athletes in the village are still being able to practice, athletic activities are completely closed in the city and urban area. Last year too, local athletes had to spend days under house arrest due to the lockdown. Although there is no such situation this time around, still the athletes are not being able to practice as the gates of every field in the city are closed.

Under such circumstances, if total lockdown is announced now, another season of athletics will get washed away. Local athletes have seen a glimmer of hope as corona infections have been declining in the country for the past few days. However, the athletes are worried about the possibility of another lockdown in Cachar in the coming days.

The worst situation is of the footballers. For the last few days, many local footballers of Silchar have already started practising and preparing on their own. To keep themselves fit, they’ve already started jogging in the morning and went to the field to start practice with football. But now they are worried as the possibility of a total lockdown is looming large. Amidst this Corona situation, the table tennis club of Udharbond and the Silchar Football Academy has already started training at their academies. However, if the lockdown is announced again, the TT Club and Silchar Football Academy will have to stop their training sessions as well.

The most important thing is that, by resuming training sessions of the club and academy, it had sent a strong positive message to the local sporting world. There was still hope for a return to normalcy. But if the lockdown happens, everything will get ruined again. In the case of football, there is still a possibility till October this year. But for that to happen, the situation has to get normal by the first week of July. The unlock process must start before that. But once again, if there is a complete lockdown, the entire process of returning to normalcy will get a huge setback. Especially in the case of football.

Because this time of the season is the peak hour for football. And as time goes on, the chances of starting the season again will gradually decrease. In such a situation, the next couple of days are going to be very important for the local sports. For the time being, local sportspersons and athletes are looking forward to what Chief Minister Himanta Biswa Sarma has to say on the possibility of a complete lockdown in Cachar.