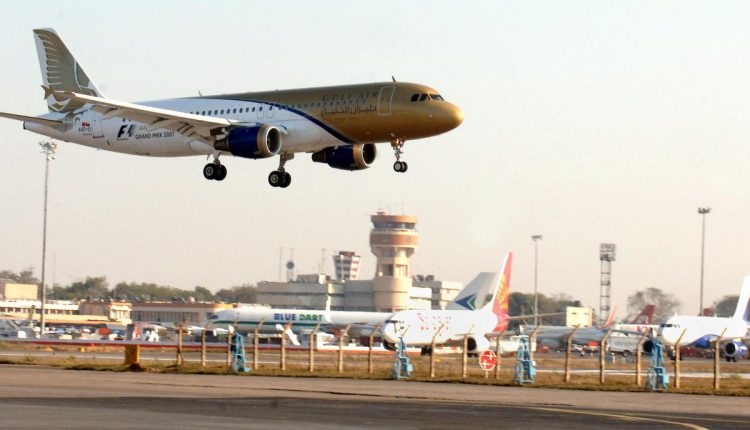 At the very outset, I must mention that any new infrastructure project should not be developed at the cost of the livelihoods of those who are already marginalized and economically backward. The concerns raised by the tea garden workers regarding their future after the acquisition of land for the greenfield airport in Dolu are legitimate and the administration must take all necessary measures within its powers to address their grievances and secure their future.

Having mentioned the above, we must also guard against any attempts to unnecessarily politicise the issue and scuttle the land acquisition process. At the end of the day, any project related to the development of infrastructure must come on a piece of land and therefore, the government of the day will have to acquire land for executing these projects.

Our country, unfortunately, has a very long history of politicization of land acquisition processes, where politics takes precedence much beyond the legitimate concerns of the project impacted people. The recent developments in Dolu, unfortunately, seem to indicate the same.

We all know that Barak Valley is a land desperately in need of infrastructure development. If we look back to the last few decades, we would notice that apart from the implementation of the broad gauge line in 2014 and the establishment of the central university back in 1994, the region has seen no major infrastructure development. Both these projects were also much delayed and came after years of agitations and struggles by the civil society.
In the meantime, if we analyse the list of pending and delayed projects, the list would be so long that an article of this size would be insufficient. The Silchar – Saurashtra east west corridor, the Silchar bypass, the medical college in Karimganj, the approaches to the bridges under construction on the Barak are just a few of them. Unfortunately, lack of land availability is at the heart of the delay in many of these projects as well.

In such a scenario, if the governments both at the state and central level are taking interest in establishing a new, expanded, state-of-the-art international airport, we must lap up the opportunity. Unfortunately, a section of the agitating leadership has tried to convey a message that the airport will only benefit the rich and the elite and the economically backward people will gain nothing from it.

There can be nothing farther from the truth. Apart from carrying passengers, an expanded airport will also have cargo facilities, which will allow the transfer of goods in cheaper rates within lesser time from other parts of the country. Many small businessmen, and artisans of this region will be able to ship their materials to other parts of the world and thus boost their businesses.

If the Multi-Modal Logistics Park also comes up, the airport will be vital for the transport of both men and material. Silchar is strategically located at the border with Bangladesh. A lot of trade from the Indian mainland to Bangladesh can happen via Silchar in the days to come. All these developments will create job opportunities at various levels for our youth and we won’t have to crib about the lack of government jobs in the future.

Better transport infrastructure will also attract greater private investment. If the Mahasadak is also completed, then Barak Valley will boast of high-quality road, rail and air connectivity. Many industries, warehouses, and supply chains can come up here to cover adjoining areas like Tripura, Mizoram and Manipur.

We often have a grievance against the dispensation in Dispur that it gives step-motherly treatment to Barak Valley. If the land acquisition process turns into a mess and the project is delayed, the Government of Assam will definitely say that the people of the valley didn’t let this prestigious project materialise. We will have only ourselves to blame. We also know well, that any attempt to look for an alternate piece of land and repeat the process will push the entire project into complete uncertainty. In all likelihood, in that case, the new airport will never come up.

Therefore, I request the district administration of Cachar, the public representatives as well as the civil society to come together and please ensure that the future of this much-awaited project is not jeopardized. In the north of the country, especially in the national capital, I have seen how meticulously land acquisition processes are handled. In Delhi and its peripheries, the availability of land is scarce. Yet infrastructure development is not compromised.
Therefore, I am sure that a solution acceptable to all can be found if an effort is made with the right intention. Hopefully, better sense will prevail and the much-anticipated airport project will eventually come through. 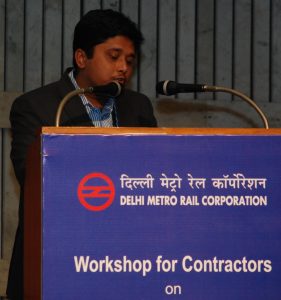 The author of this article, Tomojit Bhattacharjee is Senior Deputy General Manager, Corporate Communication at Delhi Metro Rail Corporation. A former journalist of Press Trust of India, Bhattacharjee did his Masters in Mass Communication from Assam University Silchar.