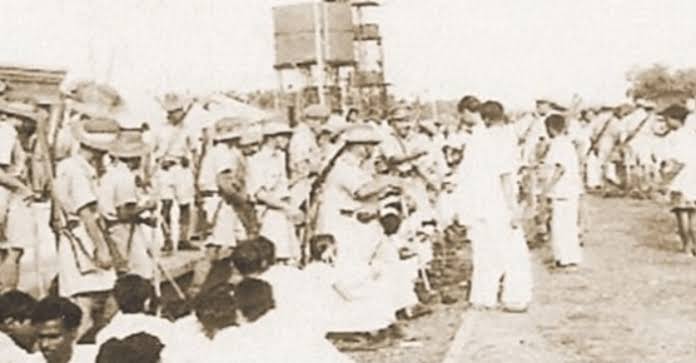 Charles Dickens’s magnum opus “A Tale of Two Cities” begins with the iconic lines, “It was the best of times; it was the worst of times…”. That, of course, summarised the tumultuous time of that tale. But for Assam, and its tale of two major rivers- Barak and Brahmaputra, the “best of times” part has seldom been seen.

Since independence, time and again, the people inhabiting the two river valleys have been fighting a tug of war (sometimes bloody) particularly around the official language status accorded to Bengali in Barak. The recent ruckus after the vandalisation of a government hoarding and the subsequent wrangle between the two sides have brought this debate back to the table. On top of that, Nagen Saikia, a celebrated Assamese writer, has proposed the bifurcation of the state which in turn has created a stir of reactions from the state intelligentsia. But how do things get wrong every time and how far feasible is this proposal? As someone who has enjoyed the sweet breeze of both these rivers, and having lived with people from either side, I hope I can do justice to both the viewpoints.

The root of this problem is history. What brews this problem even more is lack of knowledge about history. There are considerable number of documents to suggest that from pre-colonial times, the Bengali speakers have been there in the plains of Barak. Some say the term “Cachar” comes from Kachari kingdom and hence the Bengalis are outsiders, but this feeble argument is absolutely unaware of the fact that Dimasa kings also used Bengali as the court language. As per government documents, there is a possibility that the term Kachar in Sylheti (native dialect) which means “a stretch of land at the foot of a mountain” may be behind the origin of the name Cachar. But that’s a debate for etymologists and I am not going into it. Then came the God of all evils – the British. The drawing and redrawing of boundaries continued as per the whims and fancies of Britishers. The two districts, Sylhet and Cachar, were merged with Assam from erstwhile Bengal in 1874 without considering the intricate cultural aspects. During independence, a part of Sylhet was retained by India which forms the present day Karimganj district. Since then, this population has found itself uneasy to accept the ‘imposition’ of Assamese by the government. Stories of the Satygagrahis who were fired at barbarically in the summer of 1961 still echo throughout Barak. The Assam government’s decision to make Assamese as the sole official language to an erstwhile multilingual state fueled this tragic episode. The Official Language Act then accorded this status to Bengali for the districts constituting Barak Valley. This much history, if circulated to the larger populace of Assam, a sense of acceptance will surely generate.

Back to the present, the miscreants who defaced the hoarding should be punished as per the law, there is no disagreement on it. Many came out to condemn the scandalous act from both the valleys. Being an avid lover of the vibrant Assamese language, it seemed a personal attack on me. However, what we need to understand is that theoretically, the state as a machine-like apparatus needs to communicate its policies and schemes as outputs. Hence, a language. In Barak, as per census data, more than 80% of the population are Bengalis and the Official Language Act tries to address this particular aspect only. It is not something unique to Assam as some seem to complain. In other states too, there are suitable provisions for linguistic minority districts. Take, for example, the case of Darjeeling district in West Bengal where Nepali is granted official language status at even the subdivision level. But where not even one percent public knows Assamese, to whom this hoarding was addressed is a legitimate question. The administration has now replaced the original hoarding with a new one in adherence to the Act. However, the protest could have been democratic.
For me, the Sanskrit shloka Ati Sarvatra Varjayet (Avoid All Extremes) is the most viable for this debate. But the issue is that the extremes are the ones that get media attention and footage. The common population is the sufferer.

I would endorse it if an optional Assamese paper is introduced in the schools. As Hindi is not the so-called national language and if we can learn Hindi, there is no harm in getting acquainted with Assamese. But this can only happen if this sense of superiority is shed off by some Assamese intellectuals and the larger population develops an understanding of the pulse of other sections. After all, Barak and Brahmaputra both end up assimilating at the same water body. If these people do not find a common ground to accept and respect each other, then Dr. Saikia’s proposal for partition would not be very far from reality, today or tomorrow. Some also advocate a referendum; can it be an option? I have seen people who celebrate diversity and difference in both the valleys, they should take a call. Hope we come out of the “worst of times”…

Shifting of zonal offices of bank from Silchar to elsewhere: The points of…