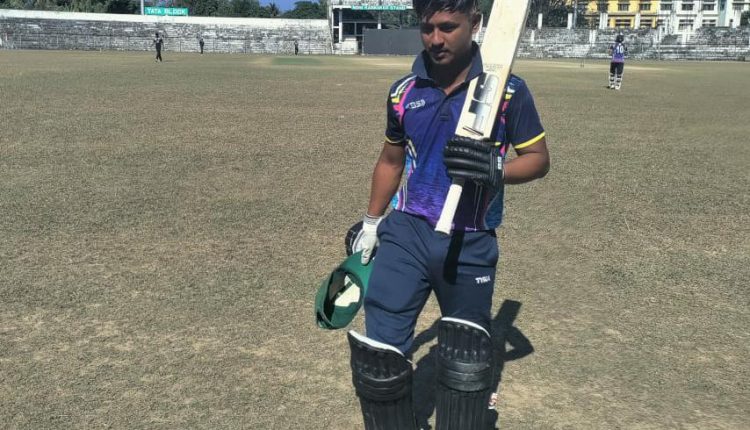 Batting first, Tribeni Club posted a huge total of 257 runs on the board. Cometh the moment cometh the man. It was a match to secure a slot in the semi-finals and the class of Abhishek Thakuri was too much for the defending champions to handle. The southpaw scored 112 runs opening the innings not allowing any room for the United bowlers to build momentum. He was initially well-supported by Krishanu Dutta (23). But the partnership between Thakuri and Subham Mandal (77) took the match away from the defending champions. Amit Yadav played scored a quickfire 24 to finish it on a high.

Chasing 258, United Club needed a good start. But Cachar Express Pritam Das sent last year’s best player Sukanta Dey in the first over itself. Ambar (22) and Wachir Ahmed (38) tried to shape up the chase but failed. Ahmed took 74 balls to score his 38 which shows that there was no intent in United’s batting. Dibakar Johri batting at 11 scored 41 runs of 25 balls and was the highest scorer for the United. Why was he batting at 11 is something only captain Masarob Hussain (21) can answer.

Ankit Agarwal and Parikshit Banik picked two wickets each. Thakuri mixed and matched his bowlers using seven of them. Giving him a great problem for the semis, all the bowlers he used, picked up at least one wicket. United’s batters batted the whole 40 overs but could only score 185 runs.

India Club is at the bottom of the table and will play Yogayog Sangha in the final league match on Sunday at SM Dev Stadium. Yogayog is in the fourth position with four points and a win will seal the last semi-final slot for them. On the other hand, India Club will need a huge win to make it into the top four. However, if India Club wins against Yogayog, United Club will stand a chance as they too have four points but are behind Yogayog on net run rate.