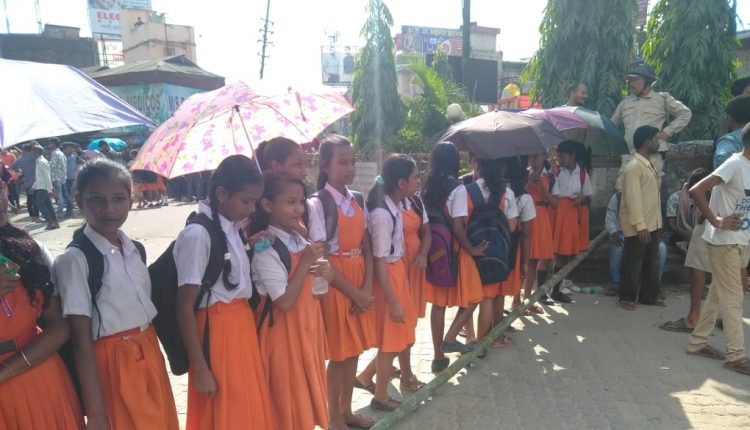 "ABVP cadres came to school but we did not give permission to any student to participate in protests," Debanjan Mukherjee, Principal

Schoolgoers wearing uniforms were standing as a barricade blocking the road in Ranginkhari yesterday. It was marked as a protest in the aftermath of a horrific accident that took place in Meherpur the day before (October 30, 2019). A truck entered the city during the no entry period and raced on an idol-immersion-procession leaving two dead and 20 injured.

The protest which involved young school students raised many questions. The emotions were riding high as two young girls lost their lives. In such a scenario, the protests could have taken a violent shape very easily. In fact, not that far away from Rangirkhari, where the school children were standing, cars, buses and private, public properties were damaged. That forced the administration to impose 144 throughout Silchar. 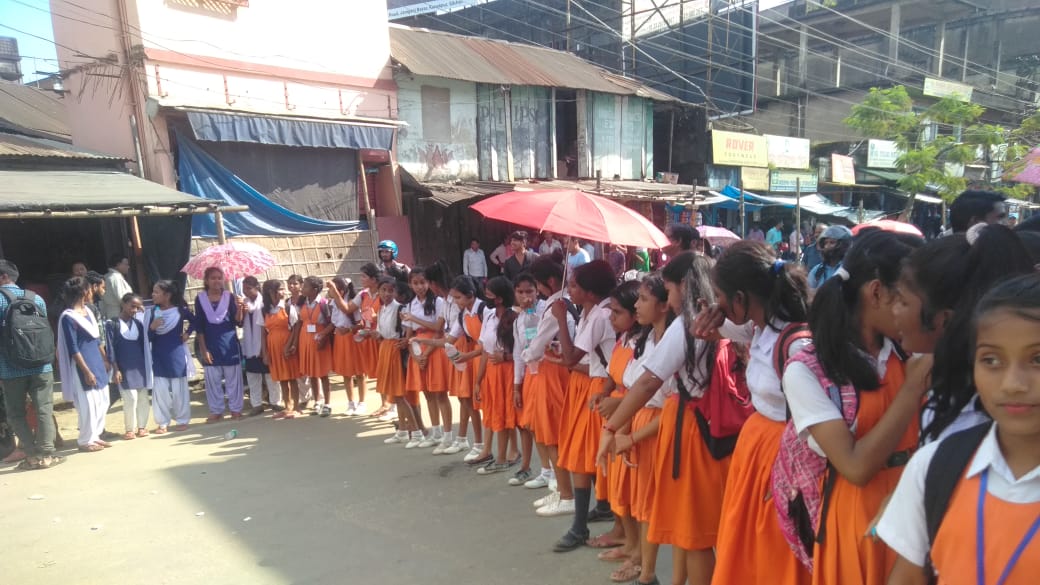 While there were students wearing uniforms of a few schools, the most prominent were students of Netaji Vidya Bhawan Girls HS School. Our correspondent reached out to the principal of the school Debanjan Mukherjee. He said, “ABVP cadres did come to the school and asked for permission to let students go and join the protest. However, the school administration denied any such permission as we never allow our students to take part in any non-educational programmes under any banner.”

Our correspondent pointed it out to the principal that the students of his school were spotted in the protest and there are several images of the same. To this, Mukherjee replied, “See we had exams going on in the school. Certain classes were done with their examination paper by 11 and then on their way back if they have participated in a rally or protest, it is unknown to us. The school authority did not allow or ask any student to take part in any protest.”

Several images of the students are still doing rounds on social media and a section of the netizens are blaming the administration for not taking actions against those who they believe have misused the kids.

All you need to know about the Meherpur accident