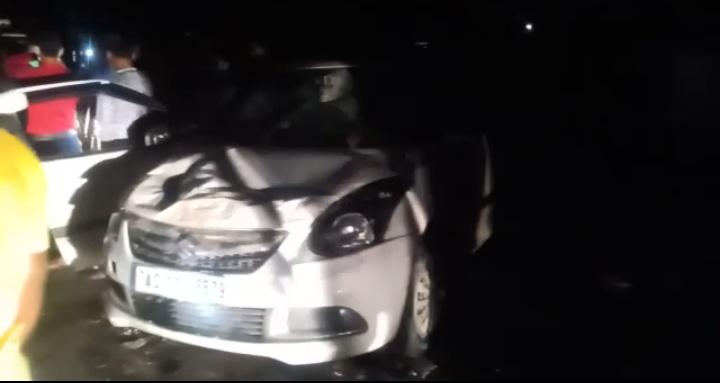 A 18 year old youth, Terab Uddin Laskar, was injured grieviously after a car hit him from the rear end in Mahasadak, on Tuesday night.

Giving details of the incident, the locals said that a speeding Maruti Suzuki Swift coming from Silchar direction hit a pedestrian Terab Uddin from behind, at around 7.30 pm on Tuesday. Terab recevied serious injuries and was rushed to Silchar Medical college and Hospital by the locals.

On being informed, Udharband police and Malugram police rushed to the spot. But the locals became angry over the incident and started to protest, blaming the administration for the incident.

Locals alleged that anti-social activities by some youths are on rise over the Mahasadak, especially between section Moinagarh to Hingjuripar. But no action is being taken by the administration to curb such practices.

Locals also expresed displeasure over the area’s VDP workers as they do not play an active role against such anti-social activities.

They urged the administration to take immediate action to stop any such activities over the National Highway.