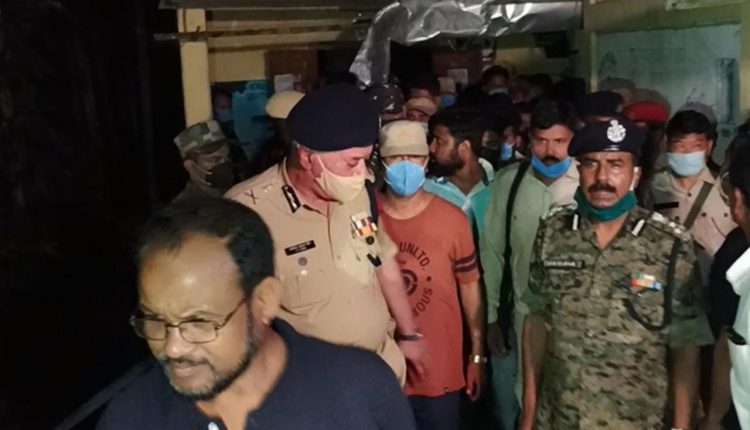 After around five hours of immense tension in Sonai’s Dhoneshori area, situation is now under control. ADGP Assam Police, SN Singh reached the spot with reinforcements and along with SP Cachar, Bhanwar Lal Meena, rescued Aminul Haque Laskar from the spot.

First the presiding officer and polling officers were rescued from the polling station. The agitating locals clapped them for their efforts. It is commendable that the Police managed to rescue them unhurt amidst thousands of agitating locals. The locals too cooperated with the Police.

However, the intensity was high when the deputy speaker of Assam, was escorted out of the Dhoneshori LP school campus. Again the Police had a plan and executed it to the T. Laskar changed his clothes, had a mask on and was wearing a cap. Between many armed officials in uniform, Laskar walked to a Police van and rushed away amidst tight security.

After the rescue operation was successful, SN Singh confirmed that fire was opened. “Two local individuals got injured, one was shot at his face while another got hurt too. One constable also got injured too at his face,” informed Singh.

He added, “There are many versions of what happened here at the polling station. The matter will be investigated thoroughly and only then we will get to know what happened.”

Though Singh said three got injured, the locals had a different version. “Four locals were shot at while one died on the spot. Aminul Haque Laskar himself opened fire and shot at the local voters. We demand justice, we demand immediate investigation,” said a local resident.