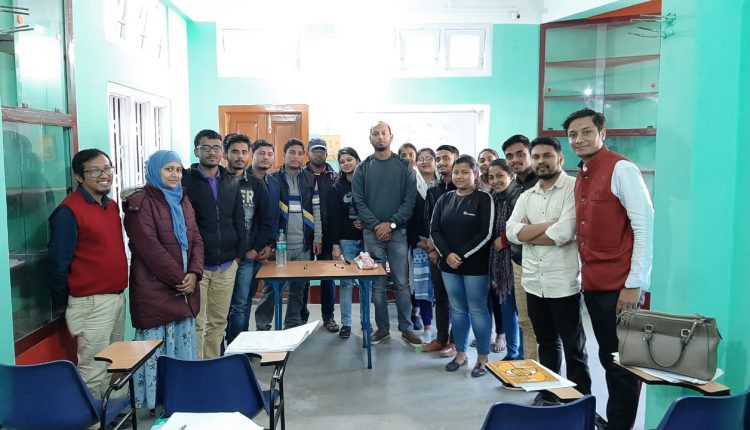 After a successful demo class with Abhilash Baranwal, IAS; CSAP gears for another one in February

After a successful demo class with Abhilash Baranwal, IAS, CSAP gears for another one in February.

One of the most trusted academic brands in the field of Civil Services in North East India, Civil Services Achievers’ Point (CSAP) which recently launched its Silchar branch in Arjyapatty, Itkhola will host its next demo class in the second week of February.

On January 12, 2020, CSAP had organised a demo class where, through an interactive session, Abhilash Baranwal, IAS (UPSC 2018 – AIR 44) shared his experience of preparing for the UPSC.

It was a free orientation program on Civil Services exam preparation (UPSC/APSC/IAS/ACS) and the session covered the strategies to be followed for preparing for competitive exams like UPSC and APSC.

A good number of students attended the demo classes and Rajdeep Lekaharu, director of CSAP informed that the students were highly satisfied as most of their doubts were cleared.

Civil Services Achievers’ Point has been conducting classes on UPSC and APSC on both weekday and weekend batch in SIlchar. Most of their faculties are experienced in their fields and are from Guwahati and Delhi.

Lekharu believes that the second demo class to be hosted in February will also attract a good number of students.

Meanwhile, admission in the institute is also open and one can enroll for a wide variety of UPSC, APSC preparation courses that CSAP offers in Silchar.