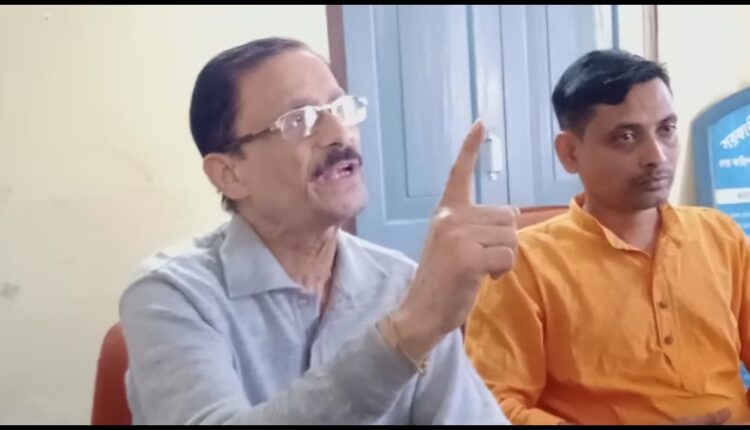 The Barak Democratic Front (BDF) and its allied groups and political parties have called for yet another protest demonstration. This time, centring the upcoming cabinet meeting in Silchar on November 29. The BDF alliance said if the demands presented during the Barak Bandh of November 18 are not fulfilled, then they will observe 30 minutes black-out in the valley. The three demands of placement of the youths of Barak in Grade-III and Grade-IV posts, action in the attack on non-tribals in Meghalaya and ease of doing business for local betel nut cultivators remain the same.

In a meeting held today at Pensioner’s Bhawan, Silchar BDF along with Trinamool Congress, Indian National Congress, AIUDF and other groups like Bangali Nabanirman Sena among others, this proposal was declared. BDF’s Chief Convenor, Pradip Dutta Roy in this regard said, “We are hopeful that the government will accept our demands in the upcoming cabinet meeting in Silchar and if not we will continue our protest. On December 1, we decided to observe a 30 minutes blackout in the entire Barak Valley. We urge everyone to join hands with us and keep the lights off everywhere”.

Pradip Dutta Roy further said, “On December 1, from 6 PM to 6:30 PM, we ask everyone’s cooperation in this. This is a symbolic protest as black is the sign of protest. Further, we will sit for discussions on what is to be done next. We will continue this fight against injustice and organise demonstrations, and sit-in protests to make our demands heard”.

At the meeting held on November 26, Bengali Nabanirman Sena’s Pritam Deb said, “If at least 1,000 candidates are not guaranteed to be appointed from Barak for Grade-III and Grade-IV posts by November 29, if effective measures are not announced against the violence against non-tribals in Meghalaya and to prevent the persecution, and if the betel nut trade is not freed from bureaucratic complications, the people of Barak will take part in the curfew and black-out program on December 1. Through this, we will make the government aware that we will not budge from our demands”.