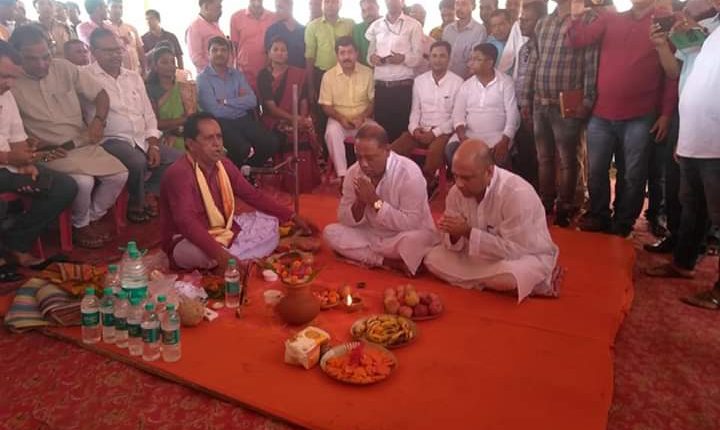 The government formally started the process of setting up a Mini-Secretariat in south Assam’s Barak Valley with a land worshipping (Bhumi Pujan) ceremony at Srikona in Cachar district on Tuesday.

Deputy commissioner Cachar Laya Madduri, IAS, gave the welcome address. She said it is a matter of great privilege for the people of Barak valley that Government of Assam has gifted them with a Mini Secretariat in this region and it is for the first time that a wing of Assam(civil) secretariat is being established at a place other than Guwahati. Such a step on the part of the Government fullfills the long standing demand of this region thereby mitigating the troubles of the people hailing from Barak valley.

Speaking on the occasion, Hon’ble Excise and Fisheries Minister Parimal Suklabaidya said the citizens of Barak Valley had been eagerly waiting for a mini-secretariat for several years and finally the dream is coming true. “This will put an end to people’s sufferings of travelling to Guwahati for various works/purposes,” he said.

Suklabaidya, who was present as the chief guest, said the Sarbananda Sonowal government had taken Barak Valley to the path of growth and development ever since it came to power in Dispur. Earlier, it took around sixteen to eighteen hours to reach Guwahati from here, whereas now it takes around six to seven hours. Connectivity has been bettered immensely, he said.Talking about the East-West corridor (Silchar-Saurashtra road) project, Suklabaidya said the mega project remained incomplete for several years during the previous government. “The BJP government fast-tracked it after coming to power. The project would be completed within the next two years,” he said.

Hon’ble MP Dr Rajdeep Roy was present in the occasion and said that “Setting up a mini-secretariat was one of the major visions of the Sonowal government. The journey has finally begun,” 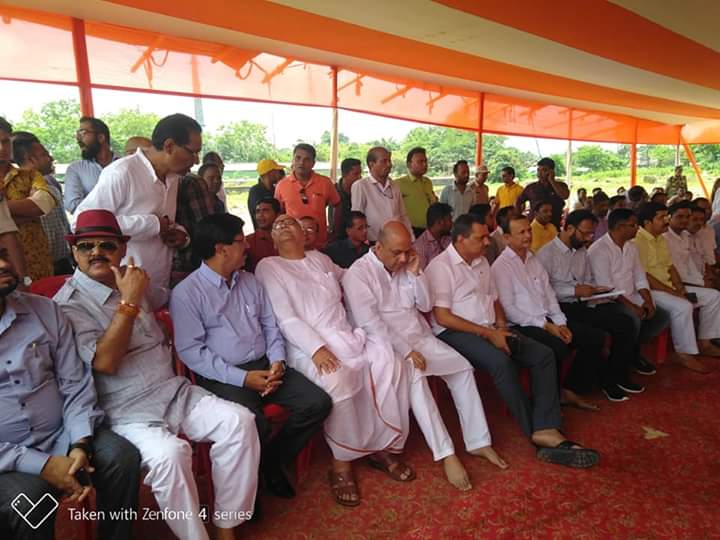 He said many development projects in this valley had been implemented by the Sonowal government in the last three years and many more would be done in the days ahead. Further, he urged the authorities/department concerned to complete the work of the mini-secretariat on time.

Assam Legislative Assembly’s Deputy Speaker Aminul Haque Laskar said the site for the mini-secretariat is very much suitable for its connectivity from the other two districts – Hailakandi and Karimganj. “This government has brought ‘good days’ for this valley in real sense,” he said.

The superintending engineer of PWD (building), Silchar – Probal Deb said the mini-secretariat would be built on an area of 16 bighas and 15 kathas and an amount of Rs. 4 crore 13 lakh 63 thousand 262 rupees has been allocated for the project’s first phase that includes retaining and boundary walls.

The second phase includes constructions of secretariat block, assembly building, guest house, quarters, internal roads along with work of electrification and water supply among others. The total project is expected to get completed within the next three to four years, he added.

TET versus Higher Education: A challenge

Non-inclusion in NRC doesn’t make one a foreigner: MHA