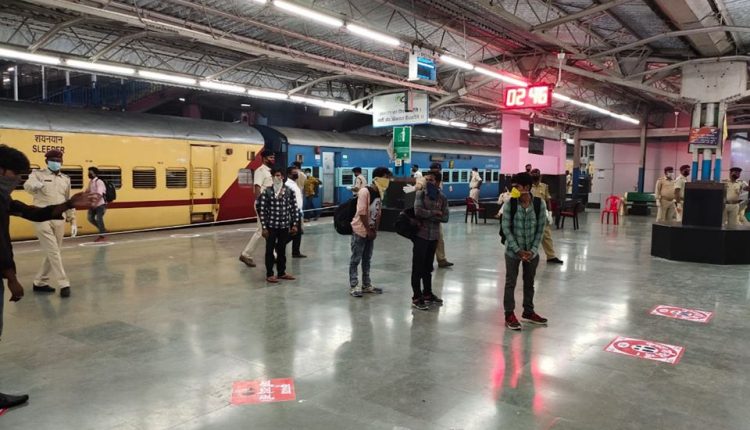 After a night-long struggle, NF Railway has finally succeeded to restore the railway traffic at the Lumding Badarpur section, which was disrupted yesterday late night after multiple landslips in the area.

“Due to night long hard work and meticulous planning by our brave Railwaymen against all odds, traffic in Lumding-Badarpur section has been restored at 11:30 hrs today and movement of trains have started” Northeastern Frontier Railway informed over twitter.

Multiple Shramik Special trains that are plying in the section were controlled at nearby major Railway stations. According to the latest information, the trains have departed for their destination points.

Indian Meteorological Department has issued a red warning for Assam and Meghalaya, which will receive heavy to heavy rainfall during the next 5 days.