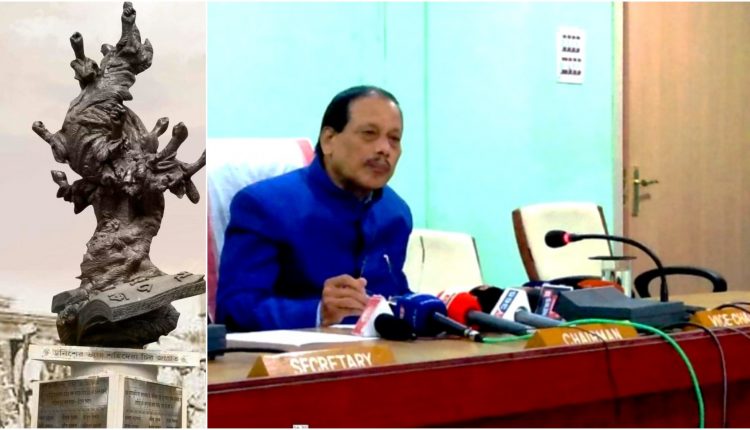 Recently, the Chairman of Assam Higher Secondary Education Council made controversial statements that are not only derogatory but also divisive and provocative. In a recent interview with a news channel, Chairman Dr. Dayananda Borgohain said that the people of Barak Valley can go ahead and sever themselves from Assam.

“How can you stay in Assam and not learn Assamese? If Barak Valley has a problem with learning Assamese, it can simply get separated from Assam. Better consult with the Central Government and join with the state of West Bengal if needed. Barak Valley doesn’t even generate enough revenue and most of the financial needs are met from our place. SEBA’s decision is suicidal and the language act needs to be altered making the Assamese language mandatory,” asserted Dayananda Borgohain. He even went on further to challenge and question the Secondary Education Board of Assam’s (SEBA’s) Chairman R.C Jain’s loyalty towards Assam.

“He is a Jain and now it is up to him to prove how much he respects the Assamese sentiments and value. How much Assamese he is? This question will get answered by his conduct and what he does,” added Chairman Dayananda Borgohain.

In his interview with the channel, he was repeatedly putting facts out of context and often mixed two completely separate issues. His jibe at the SEBA chairman was related to the Assamese Language Learning Act 2020.

The Assamese Language Learning Act of 2020 is an act to provide and ensure learning of Assamese as one of the languages in Assam schools except in the “Sixth Schedule Areas, Bodo medium schools of Bodo inhabited areas (BTAD) and Barak Valley.”

SEBA in March 2021, issued a circular stating that Assamese will have to be selected either as an MIL (Modern Indian Language) subject or as an elective subject. Currently, the board examination is of 600 marks comprising of 6 subjects. Four core subjects (English, Mathematics, Science and Social Science) + one MIL subject (Bengali/Assamese/Bodo…) + one Elective subject (Advance Mathematics/Computer Science/Home Science….)

In April, SEBA issued another circular amending the earlier one. In the new circular it stated that a student can choose to not select Assamese as an MIL or Elective subject, but in that case, he or she will have to study it as the seventh subject. This circular is kept in abeyance after the protest by a section of intellectuals.

AHSEC Chairman Borgohain was asked about the strike called in Barak Valley as a mark of protest against AHSEC’s decision to conduct an examination on May 19. Instead of responding to that, he questioned the integrity of SEBA chairman and the sanctity of an Act duly enacted after following a democratic process in the state legislature.

“If SEBA is making an exemption due to an Act, then that Act itself needs to be changed. Why should Bengali be the language of Barak Valley if Barak Valley is a part of Assam? It survives on the revenue generated in Brahmaputra Valley. They can separate themselves, better join West Bengal and ask Centre for monetary grants,” added the Chairman of arguably the most important educational body in the state responsible for holding the higher secondary first and final year exams. His statements indicate that he has harboured hatred and therefore, being in such a position, he can condition the most important cohort of the state against assimilation.

Notably, Chairman Dayananda Borgohain contested the 2004 Lok Sabha elections as a BJP candidate from Jorhat constituency and came third while Bijoy Krishna Handique of the Indian National Congress emerged as the winner.

The divisive statements made by the chairman have been condemned by Congress, BJP and the intellectual fraternity of Barak Valley.

Here are the edited excerpts: 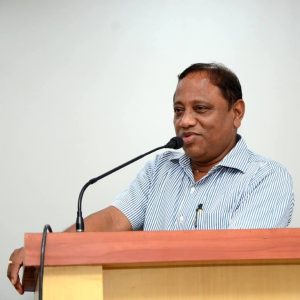 “Who is he to dictate to us what we should do?” Parimal Suklabaidya, Minister, Government of Assam.

Who is he to dictate terms to us what we should do? He should better check the corruption going on within his own council. He is not someone whose words the people of Assam abide by. People of Barak Valley can speak and write Assamese well but as Bengali is our mother tongue so every mother tongue should be respected including ours. 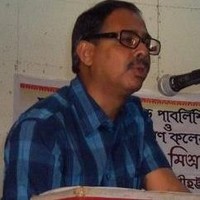 “The time has now come for us to decide how much we can compromise with the state administration,” Sanjib Deb Laskar, Barak Upatyaka Banga Sahitya O Sanskriti Sammelan

The attempts made to establish chauvinism by a government official are astounding. However, more surprising is the fact that not a single person of Barak Valley has spoken against it. Even the elected representatives and academicians are silent. The time has now come for us to decide how much we can compromise with the state administration. This would have an adverse impact on the students of the Valley. Borgohain has lost the moral ground for holding a responsible post in the higher secondary education council. 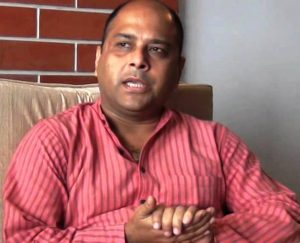 Assam Pradesh BJP has maintained a clear stance on the issue – We recognise all regional languages in the country and the state. We also take cognizance of the Bhasa Shahid Andolon and the language martyrs. What Dayananda Borgohain said being a bureaucrat is not my concern. Officeholders like him should not be commenting like this without knowing the sensibilities of the people of the entire state. I strongly condemn the statement as the State General Secretary of Assam BJP and whatever he said, is not our party’s official stance. 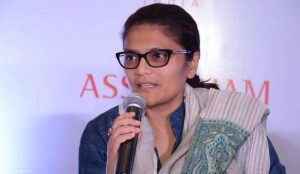 “The AHSEC Chairman should step down for his comment on the separation of Barak Valley,” Sushmita Dev, All India Mahila Congress President

I respect every language but that doesn’t mean some arrogant officer can impose any language on me. The AHSEC Chairman should step down for his comment on the separation of Barak Valley if Assamese is not spoken here. Assam has many languages and chauvinism is intolerable. 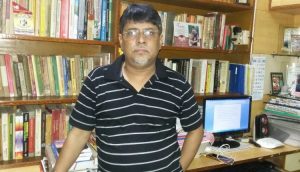 “I’m sure the govt. will disown it and thereby will disown him also,” Joydeep Biswas, Professor, Cachar College

He is just distributing hatred, distorting facts and he is even asking people to go for vivisection. The government of Assam should clear its stance and either disown or own his comment. I’m sure the govt. will disown it and thereby will disown him also. 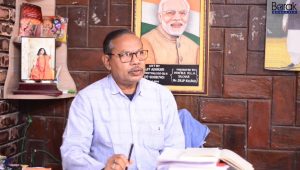 “We are Bengali-speaking residents of Assam and our struggle for language and culture will continue,” Dilip Kumar Paul, Former MLA Silchar

There are a few malformed Assamese individuals who are trying to provoke division with regard to language, religion and community from the beginning ever since. I strongly condemn the statement and he doesn’t even have the right to say things like that. Strict action should be taken by the government against him as he is a government employee. An FIR should be lodged as such kind of people are a threat to Assam. We are Bengali-speaking residents of Assam and our struggle for language and culture will continue.

Here is the interview with the channel