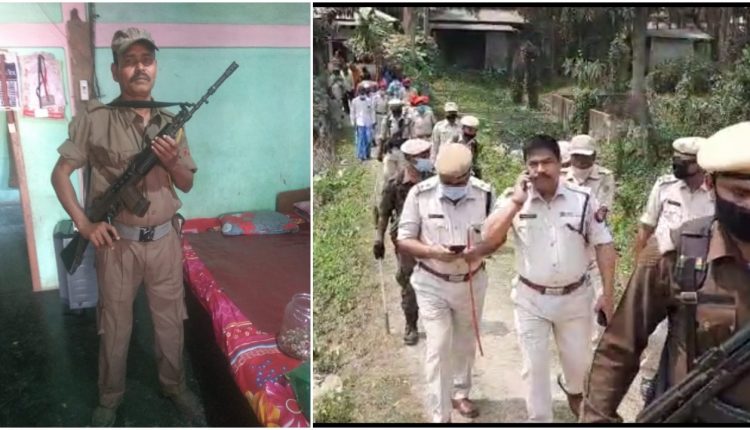 Horrible news coming in from Sonabarighat in Silchar where an Assam Industrial Security Force (AISF) constable has died under mysterious circumstances. The whole country is under lockdown as ordered by the Prime Minister and the district administration has made it clear that under no circumstances, a social gathering will be tolerated anywhere in the district. However, violating all lockdown protocols, at around 6:30 AM in the morning, hundreds of residents gathered in the Sonabarighat market which was functioning as if it is business as usual.

In the same market, an AISF constable – Bakhtar Uddin Barbhuiya who was deployed at Binnakandi Tea Estate was found dead. As per his wife, while he was returning from work early this morning, he saw a large gathering in the market and asked the market committee’s senior members to immediately close it all down. “The moment he did that they all gathered and started beating him with sticks. A mob gathered and lynched my husband and no one did anything. I rushed to the spot with my children and saw them beating my husband. After a while they started saying Police is coming and they fled from the scene,” said Barbhuiya’s wife.

She added, “We went to the local police outpost and from there we rushed to Silchar Medical College and Hospital where the doctors said he was brought dead. The market was functioning and there was a huge gathering too, the police officials did nothing.”

Superintendent of Police, Cachar, Manabendra Dev Ray reached the spot with his team and is investigating the matter. His understanding of the case so far is completely different from what Barbhuiya’s wife said. SP Ray said, “There is a rumour spreading that a mob has lynched a police constable when he tried to close down a market. It does not seem like that. The AISF constable was on his way back and apparently stopped at a pan shop. He had an argument with the vendor and succumbed due to high blood pressure. The postmortem is going on, we did not see any mark of injury anywhere on his body. However, we are investigating the matter.”

While it’s still speculation if the constable was lynched or if he succumbed to a brain stroke. What’s confirmed is that the market in Sonabarighat was functioning early in the morning and there was a huge gathering too. The Covid-19 outbreak has not yet spread to Assam but if the lockdown rules are violated in this manner, then it is just a matter of time.

Here is how the market looked at 6:30 AM today