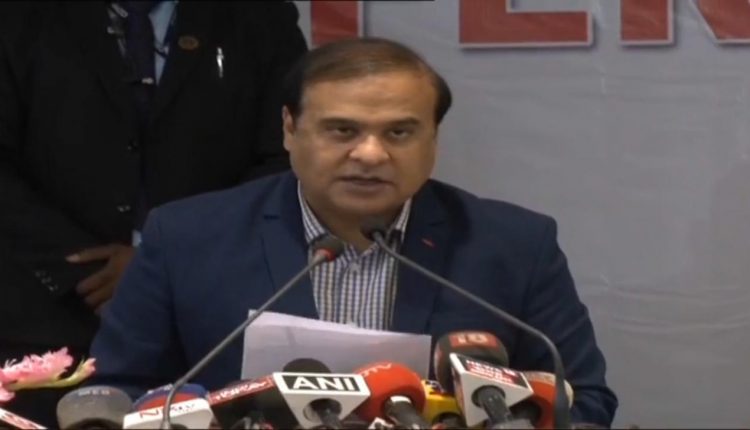 The chief minister of Assam Dr. Himanta Biswa Sarma has broken his silence on the Assamese Poster row in Barak Valley. On one side, when Pradip Dutta Roy continues to be interrogated in Silchar SP Office, the chief minister has shared his opinion on the issue.

“Hindu is a minority in Barak Valley, and there is a racket trying to make the Bengali population of Bramhaputra feel vulnerable. This is not an act against the general Assamese sentiment but an attempt to impose insecurity among the Bengalis living in Bramhaputra Valley,” said the chief minister.

Without taking the name of Pradip Dutta Roy, he was flamboyant in his opposition to BDF’s activities. “Whoever doing this is Barak Valley is out and out anti-Bengali. The individuals engaging in these activities are yet to have an assessment of this government. I am the chief minister and once it gets hard, it will get really hard. He is taking me lightly…” he mocked.

Yesterday, the Cachar district BJP had called for a press conference. “BJP has already launched a campaign in Barak Valley to expose the intention behind all that this man has been doing. Bengali Hindus is already a minority in Barak Valley. Sitting here we feel the whole Silchar belongs to Bengali Hindus, well this is not true. Name the MLAs of Silchar, you won’t find three Bengali Hindus…” asserted the chief minister.

Subtly, Himanta Biswa Sarma has called Pradip Dutta Roy an agent of Trinamool Congress. “There is a new party that is trying to make its entry to Assam and these activities are done with intentions to provide a gateway to that party. This government is very tough and we are just waiting for the right time. What we are also trying to ensure is that no infamous person becomes famous by doing all these activities.”

He concluded, “AIUDF has captured entire Barak Valley with their MLAs. They are not able to understand the political implications of all that is happening. From where are Bengali Hindus are getting elected as MLAs. Tears roll out of my eyes each time I visit Barak Valley as AIUDF is gradually capturing it all. In places, where Bengali Hindus used to dominate are now decimated, Borkhola, Katigorah are all going to AIUDF. Barak Valley need Hindu unity more than all these divides.”