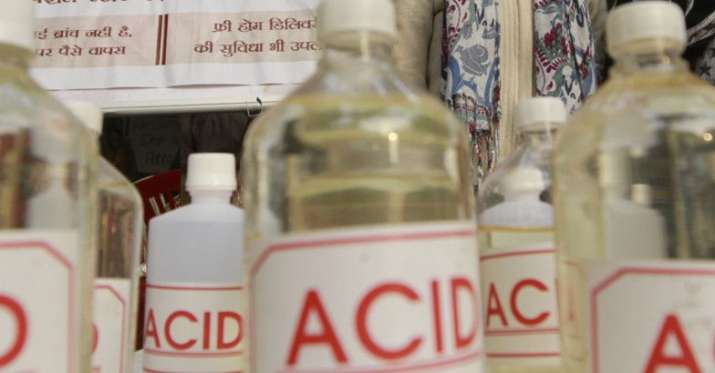 Alleged extramarital affair: Man throws acid on another man in Karimganj; one arrested

Acid attack. The two words that make mankind shiver, cringe is actually a very common criminal activity in various parts of India. Easily available acid is procured and thrown mostly on women to take revenge for denial or rejection.

In Karimganj district, acid was thrown earlier today by a man but on a fellow man. The police informed that at around 7:00 pm in the evening, at Lakkhicharan Road in Karimganj town, a 56-year-old man threw acid on a 46-year-old man.

“Both of them are local residents. So, far we have gathered that 56-old-man believed his wife is having an affair with a 46-year-old and that is why he went and attacked the 46-year-old with acid,” informed the officer-in-charge of Karimganj Police Station.

Superintendent of Police, Mayank Kumar also confirmed that extramarital affair has surfaced during the interrogation. “We have identified, traced, and arrested the accused. The police is interrogating the accused and the investigation is going on,” said SP Kumar.

Meanwhile, the 46-year-old victim is being treated by trained medical officers and it has been informed that he is out of danger.