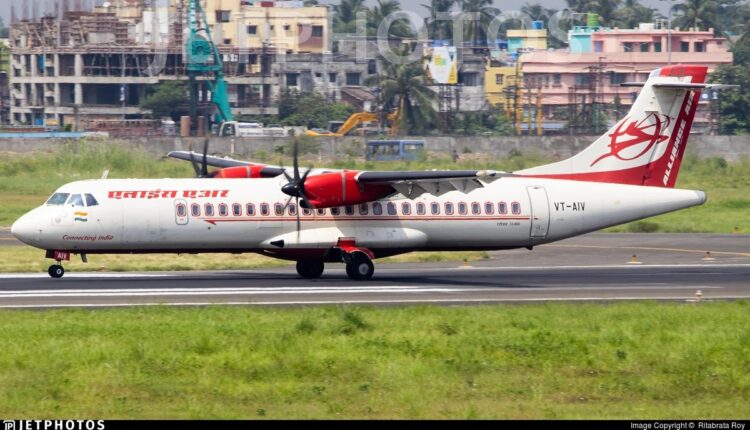 Alliance Air starts its journey between Silchar and Imphal today. The flight took off from Silchar Airport with 30 passengers for Imphal at 2:03 this afternoon. In the first half of this sector, the flight departed from Imphal Aiport at 12:46 PM, the ATR aircraft landed at the airport in Kumbirgram at 1:13 PM. This airline has now connected the two destinations with a daily direct flight, which covers this distance within 40 minutes. The first passenger of the flight from Silchar along with the station manager and ground staff were present in the inaugural ceremony of the flight under the Regional Connectivity Scheme of the Civil Aviation Ministry of the Government of India.

Under the Regional Connectivity Scheme- Udaan, this Alliance Air flight will operate a daily flight between the airports of the two states. The ATR aircraft with a seating capacity of 70 passengers has a scheduled departure time from Silchar Airport at 1:30 PM. With a flight distance of 40 mins, the flight reaches Imphal Aiport at 2:10 in the afternoon. Manjula Das, the first passenger to board the flight from Silchar today expressed her happiness and said, “Have been waiting for this direct connectivity for many days. I am very elated that, I can reach my home in Imphal without deboarding or changing aircraft in just 40 minutes from Silchar.”

The Station Manager of Alliance Air Aviation in Silchar Airport, Meesala Narsingh Rao in this regard said, “People of Silchar have been waiting for this sector as it took a long time for the existing airlines and this has been launched with the vision of the Civil Aviation Minister Jyotiradity M Scindia Ji and the Prime Minister. We have got a good response today from Silchar, 30 passengers have already booked the flight for departure from Silchar and 37 passengers are arriving here from Imphal. The CEO of our airline has given a plausible response and if we continue to get this appreciation from people we will introduce more flights”. Another official of the airline also mentioned that the same flight will also connect to Dimapur and Aizwal via Imphal in the coming days.

With 37 passengers departing from Imphal, the aircraft landed at the Silchar Airport at 1:13 PM. In the next part of this sector, The aircraft that took off from Silchar at 2:03 this afternoon landed at the Imphal Airport at 2:38 PM. In the inaugural ceremony of the airline, various officials and ground staff of the Silchar Airport were facilitated by the airline after the lightning of the lamp.