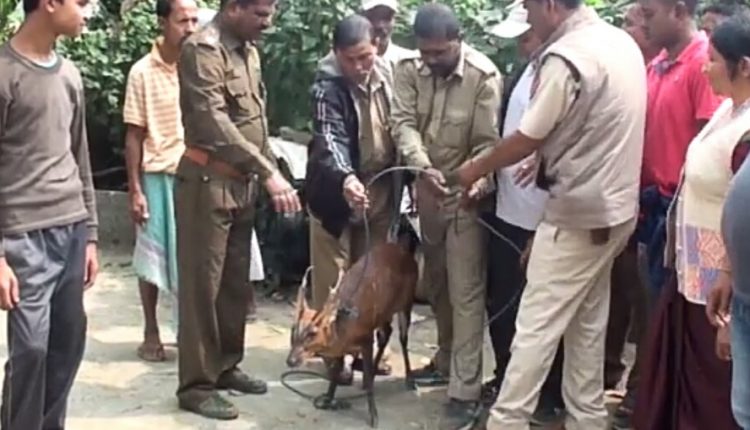 Animal lover Karim Uddin rescues a trapped deer in Dudhpatil, hands it over to officials

Luck was with the deer today. In Cachar district’s Dudhpatil area a deer got trapped in the wetland of Khoril Bill. Karim Uddin, a resident of the area saw the deer and his first assumption was – a fox is running here and there. But, soon Karim Uddin realised it is a deer which lost its pack and is trapped in unfamiliar territory.

He called his neighbours and they started approaching the deer. The animal, however, had no clue about the homosapiens’ intention and assuming the men as predators tried to escape. In its efforts to evade the human barricade, it jumped into the muddy wetland and got stuck. Karim Uddin and company rescued the deer and called forest officials. 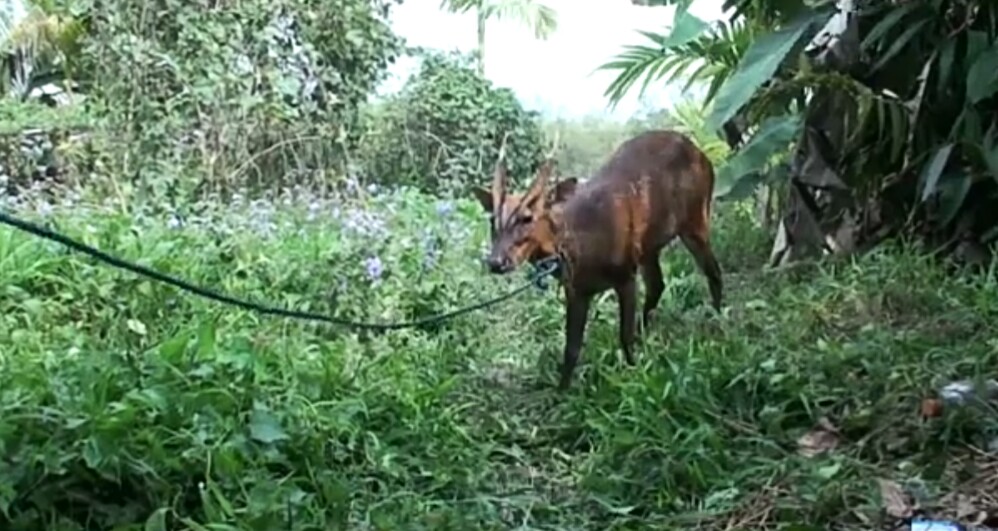 “At around 9:30, 10:00 AM in the morning I saw the animal running. I thought it is a jackal but then after a minute or so I realised it’s a dark deer and not a jackal. We gave it a bath at and then fed it here at our home. Eventually, when the forest officials reached here we handed over the animal to them,” said Karim Uddin.

The forest officials received the deer and will now take it to Borail Mountain and free it in the jungle. It is worth mentioning here that the deer had a narrow escape thanks to Karim Uddin or it could have easily become a human feast.