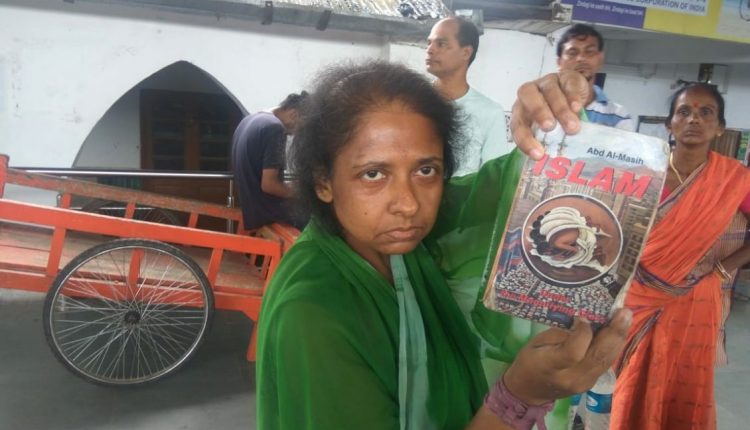 A sharp woman who would roll the ‘R’s, measure each and every sentence and speak with a deep voice. Fluent in English with subtle reflections of a Shillong-convent-upbringing – the first impression of Anindita Bhattacharjee after speaking a few words with her. While with her nomadic style of living would make one feel sorry about her, the confidence and communication skills, at the same time will signify her sublime state.

Anindita Bhattacharjee a 1993 pass out from Silchar Collegiate School, did her plus two in Science stream from Gurucharan College in Silchar and completed her graduation from some institute in Meghalaya. Daughter of Bidhayak Bhattacharjee a retired employee of Bank Of India – Shillong branch. As per sources, Bidhayak Bhattacharjee has his own house in Udharbond, somewhere around the VIP road. However, Anindita Bhattacharjee has been staying in Silchar Railway Station for last 15 days. A couple of days back, one of her Silchar Collegiate School batchmate saw her loitering like a mentally distressed woman and uploaded a post on Social Media sharing his concern about her well being.

We spoke to Anindita in platform 1 of Silchar Railway Station located in Tarapur, Initially, she ducked each and every question thrown to her, but eventually opened up. While the questions were asked in Bengali her responses were always in fluent English. When she was asked about her current state of life, she said it is a choice made for her by her preacher.

According to her, in 1999 she met an “Islamic Sanyasi” who had traveled from Afghanistan. She said his name was Bulbul Kha and she had a long conversation with him. As per the information she has at her disposal, he is now known as Allah Rakha Kha and he is currently residing in Pakistan. She told us that her decision to live a nomadic life is to follow his preaching and be his good disciple “I believe that Allah Rakha Kha will one day come back to me,” said she. She also mentioned that she likes her to be addressed as Anindita Bhattacharjee Kha and informed, she is living a nomadic life since 1999.

While it was tough to believe her story, the fluency was very convincing. When asked if she had a relationship with Bulbul Kha, she replied, “I only met him once in 1999 and since then I am following the path shown by him.” Throughout the conversation that lasted for over 30 minutes, time and again she posed with a book which had “Islam” written on its cover. She also has a bag full of clothes, a comb and she keeps changing her attire every now and then.

There were other women around who also heard the ‘Bulbul Kha’ story and they refused to believe it, “We have been with her for a couple of weeks now, she seems to be a mentally unstable woman who probably had a fight at home and does not want to return back,” is what they felt about Anindita Bhattacharjee.

The Railway Station authority, on the other hand, is concerned about her safety in the Station. A senior official said that the authority has already informed the administration about a lady staying day and night on the platform. “A single lady staying like this alone is very risky for her own safety, a concern that we have shared with administration,” said the official. 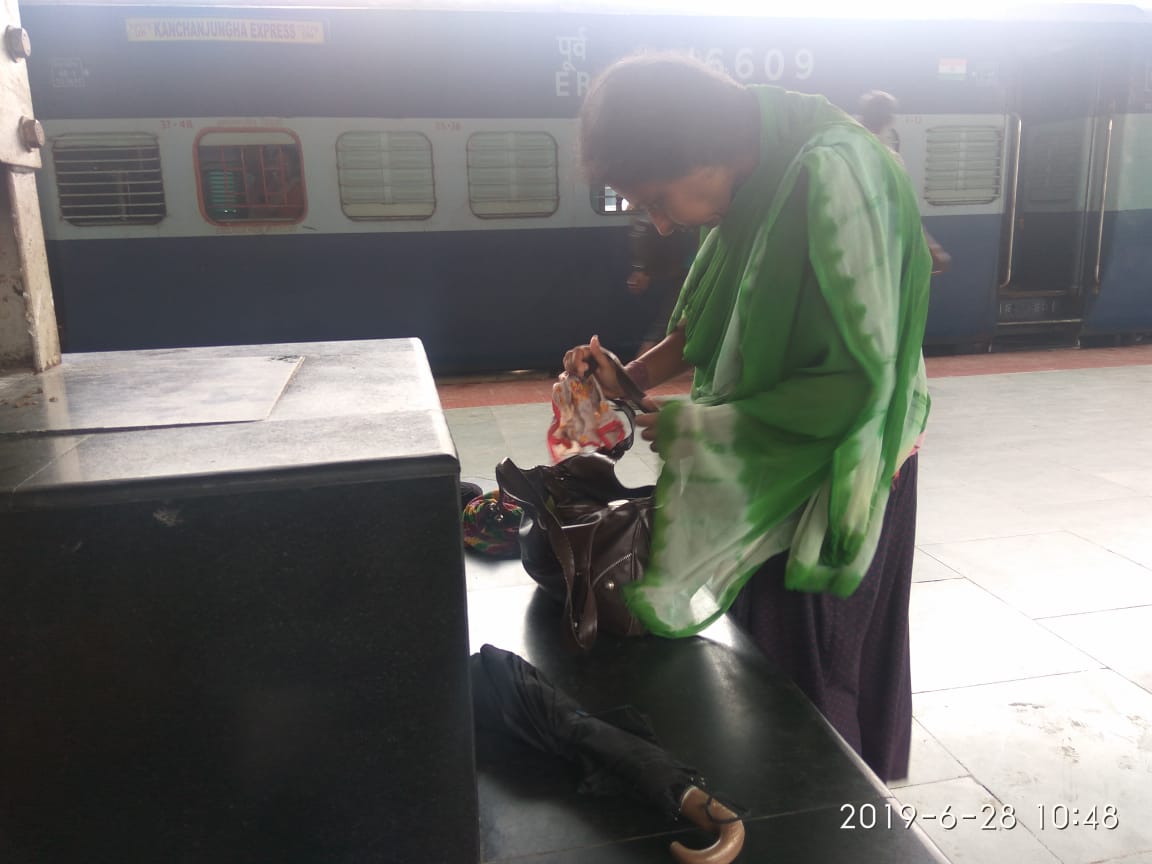 The entire story of Anindita Bhattacharjee is surrounded by mysteries and the conversation too ended with many loose ends. Why is her father not taking her back to their parental home in Udharbond? Who is this Bulbul Kha or Allah Rakha Kha currently living in Pakistan? Is she really living a nomadic life for the last 20 years? Was she married to Kha and if not then why she said she liked her to be addressed as Anindita Bhattacharjee Kha? Has she really lost her mental stability and if so why is the family not helping her find medical assistance? Silchar or Barak Valley or Assam has international borders surrounding it, in such a scenario can espionage be ruled out? 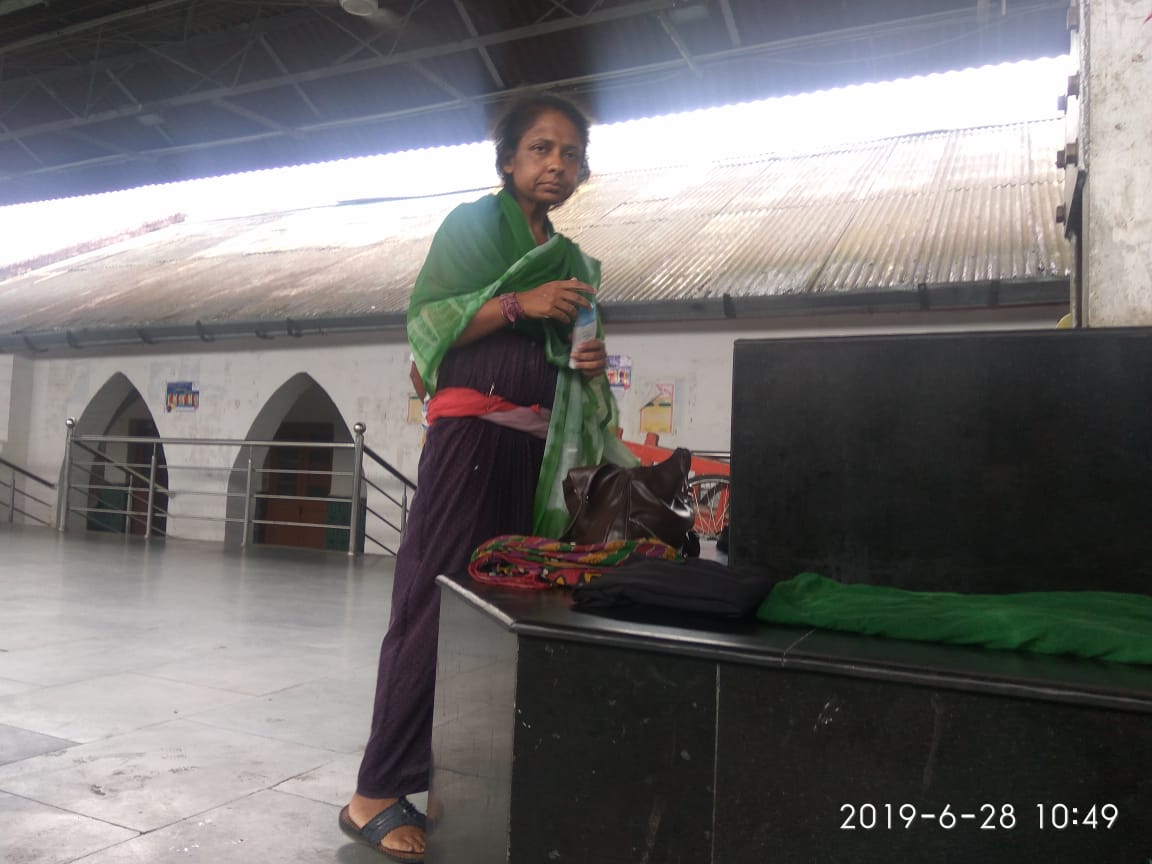