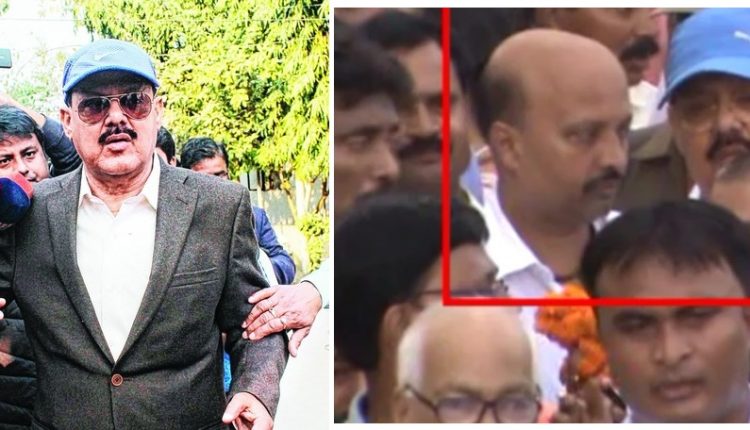 Announcement of Gautam Roy joining BJP expected soon; to contest from Silchar in 2019?

Did you see popular politician Gautam Roy wearing saffron kurtas recently? Did you observe the fact that since last one year he has been missing from most of the All India Congress conventions? Or, most recently, did you see him joining Kabindra Purkayastha and Kaushik Rai in ‘Atal Kalash Yatra’? He was there on that ferry from which Parimal Suklabaidya along with Purkayastha and others immersed the ashes of former Prime Minister Atal Bihari Vajpayee.

The rumour doing rounds suggest that former Congress MLA and minister in Tarun Gogoi’s ministry Gautam Roy is going to contest for BJP from Silchar constituency in 2019 Lok Sabha elections. Recent events only added fuel to the fire and our correspondent from Hailakandi just informed us that Gautam Roy has left for Silchar after attending an event in Hailakandi. He is expected to meet BJP Cachar district president Kaushik Rai and Forest and environment, fishery and excise minister of Assam Parimal Suklabaidya and make the much-awaited announcement in a day or two.

If this turns out to be true, it can change the political landscape exactly how Himanta Biswa Sarma’s switch changed the 2016 assembly elections. As per sources in Delhi, Roy met Ram Madhav, BJP’s North East head to discuss a move to BJP. Madhav discussed the matter with party President Amit Shah. And Roy was informed that the party will think about it.

Early this year, an announcement of Roy’s joining BJP was certain but a controversy acted as a road-block. March 2018, once a close aide, PS of Roy, and a senior contractor Gautam Gupta, was arrested by Police for allegedly mishandling of funds. The multi-crore scam posed serious questions towards Gautam Roy and BJP decided to delay the announcement. Gautam Gupta case has now died. With BJP set to kick off its 2019 campaign, the party might decide to make Roy’s joining the party announcement soon.

There are articles being written which suggest the nation-wide ‘Atal Kalash Yatra’ is actually a campaign strategy of BJP to unite the cadres and flag off mission 2019. So, you might soon see an image of Gautam Roy, Parimal Suklabaidya and Kaushik Rai holding each other’s hand high on the front page of each every local newspaper. That will mark a new beginning…