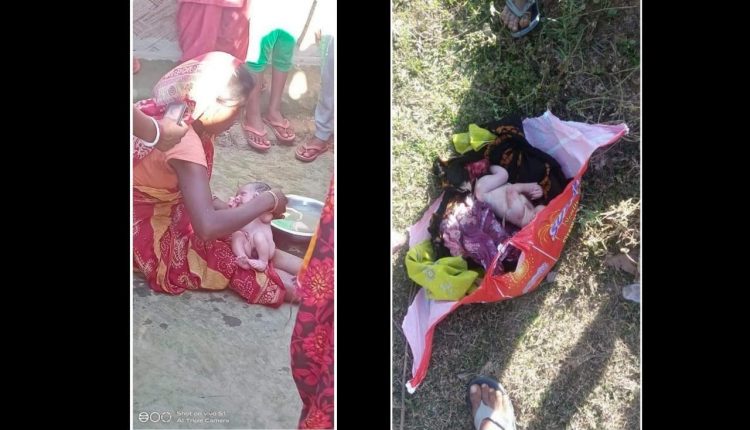 In an astonishing incident, an abandoned newborn was heard crying deep from a corner in a tea estate. The shocking incident took place in Dayapur tea-estate located in jonglyline area under Udarbong Police Station, Silchar.

At around 1:00 PM today afternoon, passersby heard a baby crying on the top of its voice. To their dismay, when they looked around they could not spot any mother with a baby in her lap. They kept searching for it and after a while, they were left astonished. “An alive baby was left abandoned near a tree deep inside the tea garden. The baby was wrapped around with plastic that is generally found in a polythene bag. We immediately removed it from the plastic bag and the baby eventually stopped crying,” said an eyewitness.

The locals started asking around if anyone knows of a family which has lost its baby. But they could not find any such case and that is when a local resident said she would like to take the baby to her home. No Police complaint was filed, nor was the local police station informed about the same. It is still unknown if the baby was kidnapped and then left abandoned or if the parents themselves dropped it in the woods.

For now, the baby has been given a bath and it has got a shelter.